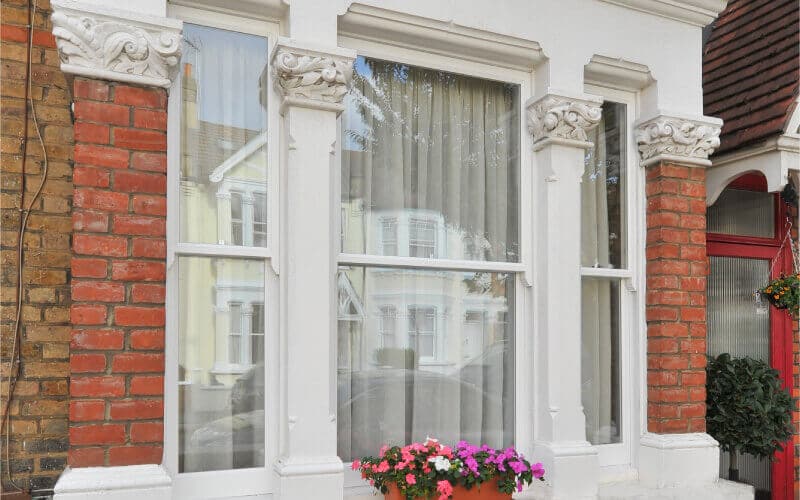 Victorian properties are known for their generous rooms, intricate detailing and imposing fireplaces. Classic Victorian facades are normally brick or stone, with lime mortar or render with sash windows providing added elegance to both the exterior and interior of Victorian properties.

Here are just some of the streets in the capital that evoke the Victorian era:

Tite Street was home to London’s bohemian quarter in the 19th Century, with famous past residents including artists John Singer Sargent and James McNeill Whistler.

The area was also home to literary legend Oscar Wilde, his wife Constance and their two sons. The family lived there from 1884 until 1895.

Wilde was said to have penned classics including The Picture of Dorian Gray, An Ideal Husband and The Importance of Being Earnest at the property. Although the property has been extensively renovated by its current owner, it still retains some of its original charm with cornicing, sash windows and a red brick exterior complete with a blue plaque commemorating the ‘wit and dramatist’.

Cleaver Square in Kennington is home to a wealth of Victorian and Georgian properties. First laid out in 1789, it was one of the earliest ‘residential squares’ which proved notably popular in 17th and 18th Century London. The Prince of Wales pub forms one of the centre pieces of the square, and residents are known to borrow boules sets from the establishment to try their hand at the traditional game.

Marylebone Village encompasses neighbouring Regent’s Park, Baker Street and the area immediately north of Marylebone Road. The area has a number of stunning Victorian town houses, dotted around enclaves within the areas such as Montagu Mews.

The area is one of the most expensive in London, alongside Mayfair, and as such it is said to be a Mecca for celebrities, footballers and overseas investors alike. The bustling village is also home to a wealth of eateries and boutiques.