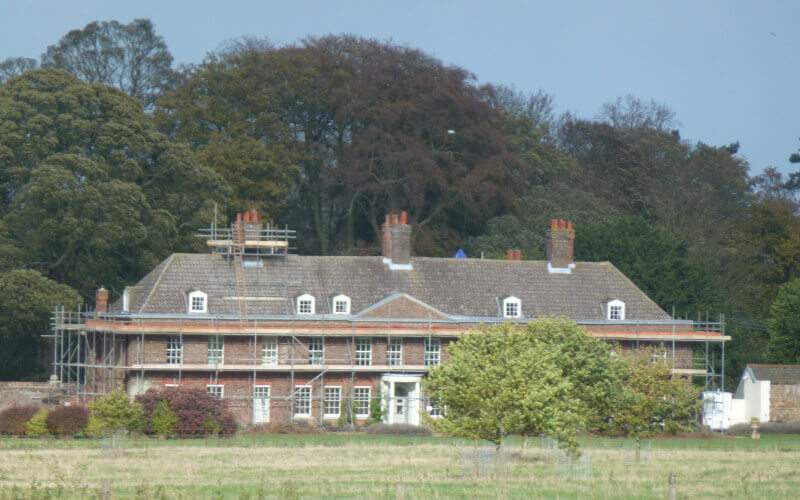 When it comes to giving our homes a new look and feel it seems that even the Royal family can be bitten by the renovation bug.

According to website Royal Central the Duke and Duchesses of Cambridge’s country residence, Anmer Hall, is reportedly receiving the royal treatment with an estimated £1.5 million renovation. 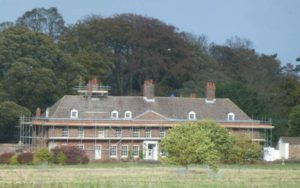 The list of updates to the Grade II listed property – forming part of the part of The Queen’s Sandringham Estate in Norfolk – are said to included the replacement of rotting window frames with dormer windows, with timber and lead roofs; works that total around £100,000.

Refurbishment works were also said to have completed on a new ‘garden room’. To allow plenty of light to flood into the room a glass roof has been installed above a large dining table.

Costing between £250,000 and £300,000 the room was designed by one of Prince Charles’s favourite architects Charles Morris.

And old wood store building linked to Anmer Hall also been renovated into a flat where Prince George’s nanny, Maria Borallo is set to reside.

According to recent research conducted by Populus for AA Financial Services the Royals join a nation of Brits who are investing time and energy into overhauling their homes.

The research revealed that four out of ten of those surveyed are keen to make improvements to their home this year.

Decorating emerged as the most popular home improvement (with this proving to be the top choice for one in five) followed by a garden overhaul (one in fourteen).

However, alongside low-cost home improvement projects some homeowners were also prepared to plough some of their cash into revamps on a larger scale.

One in seven of those questioned revealed that they were planning to carry out costlier renovation measures such as building a conservatory or extension, or installing a new kitchen.

If you are planning on renovating your period home, The Sash Window Workshop can help with many aspects, including installing casement windows.