Christmas in the Georgian Era 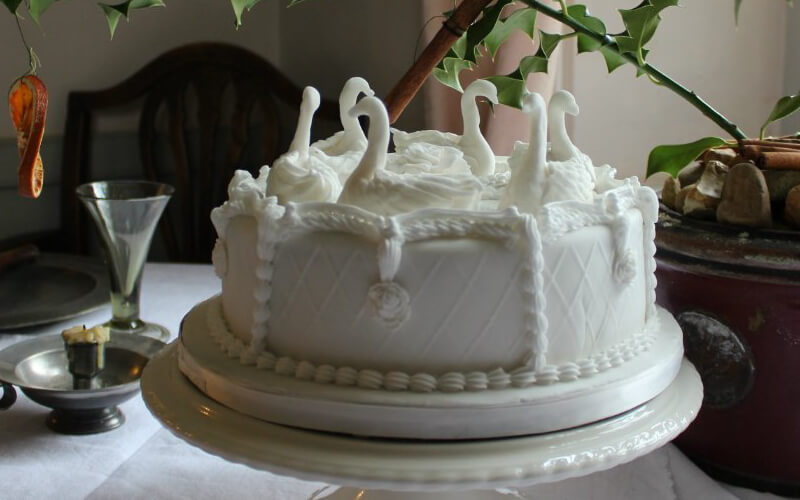 Only 70 years prior to the Georgian era, in 1644, Christmas had been banned by Oliver Cromwell. Christmas was not then re-instated until Charles II came to the throne.

However, by the start of the Georgian period Christmas was actively celebrated, albeit in a slightly different way to Christmas today. 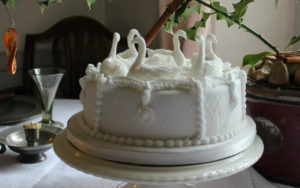 At the start of the Georgian period Christmas was a month-long celebration involving parties, balls and family get togethers. The Christmas season started on the 6th December, known as St. Nicholas Day, and ran until the 6th January (Twelfth Night).

It was tradition for friends to exchange presents to mark the beginning of the Christmas season on the 6th December.

A fire was the centrepiece of a family Christmas. The Yule log was chosen on Christmas Eve and wrapped in hazel twigs before being burned in the fireplace for as long as possible through the Christmas season. The tradition was to keep back a piece of the Yule log to light next Christmas.

On Christmas day everyone would go to church before returning for a celebratory Christmas dinner. However, religion was a deeply divided topic in the Georgian period with a mixture of Protestants and Catholics, alongside some who supported the Jacobite pretender (descendant of James II) in France and raised their glasses to toast “the king over the water”.

On the day after Christmas, St Stephen’s Day, people gave to charity and gentry presented their servants and staff with ‘Christmas Boxes’, which is why today St Stephen’s Day is now known as ‘Boxing Day’.

January 6th was marked by a Twelfth Night party, with plenty of games, dancing drinking and eating. Once Twelfth Night was over, all the decorations were taken down and the greenery was burned to avoid bad luck.

However, with the rise of the Industrial Revolution and the decline of rural living, towards the end of the Georgian period, the extended Christmas season disappeared to allow employees to continue working throughout the festive period.

Christmas decorations, including holly and evergreens, were brought into the home on Christmas Eve as it was viewed as unlucky to bring greenery indoors before then.

The Christmas tree had not been adopted by the British people in the Georgian times, however, it is believed that a Christmas tree was brought to Court in 1800 by Queen Charlotte, wife of George III.

By the late 18th Century, kissing boughs and balls were popular. These were often decorated with spices, apples, oranges, candles or ribbons. 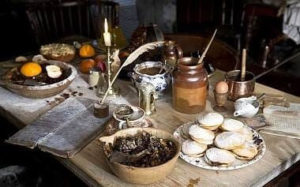 Food played a very important part in a Georgian Christmas. At the start of the Georgian era, various roasts and fowl were common at the Christmas table. Later in the Georgian period, Turkey becoming the most popular meat, although venison was popular with gentry.

Other typical Christmas foods during the Georgian era were cheese, soups, minced pies, and frumetnery – a dish which contained grains, almonds, currants, sugar and was often served with meat. Unlike today’s mince pies, Georgian mince pies were originally made from made from ox tongue and other meat, with fruit and spices.

The ‘Twelfth Cake’, similar to today’s Christmas Cake, was the centrepiece of the Twelfth Night party. The cake contained both a dried bean and a dried pea. A slice was given to all members of the household, including servants. The man whose slice contained the bean was King for the night and the woman who received the pea was elected Queen. For the rest of the evening, they ruled. Even if they were servants, their temporarily position was recognised by all, including their masters.

By the Regency period, Twelfth Cake became elaborate and added frosting, trimmings and figurines. It continued to be the centrepiece of the party, although the bean and pea were usually omitted. However, in the 1870’s, Queen Victoria outlawed the celebration of the Twelfth Night.