Are you taking the London tube this spring?

If you are travelling on the Bakerloo or Victoria line this spring keep an eye out for our tube adverts!

Our adverts can be spotted at Pimlico and Warwick Avenue tube stations between now and the middle of June, showcasing some of our recent work in London.

Warwick Avenue is located near Little Venice in the City of Westminster, London. The station is within zone 2 of the London underground and opened in January 1915. The station was opened as an intermediary station on the line between Paddington and Queen’s Park, which was already established and operating. For a time prior to its opening, the proposed name for Warwick Avenue station was Warrington Crescent. 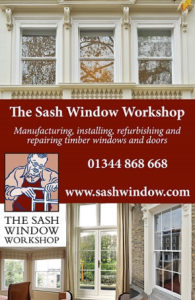 Pimlico tube station is located within zone 1 of the London underground. The station opened in September 1972 and is the only station to be exclusively served by the Victoria line.

Pimlico is well known for the areas regency mansion flats, protected by Pimlico’s Conservation Area. The area has over 350 Grade II listed buildings. Notable residents who have lived nearby include Winston Churchill, designer Laura Ashley and the actor Laurence Olivier.

The Sash Window Workshop has extensive experience repairing and replacing timber windows and doors in London. Period property and conservation area specialists, we understand the specific, unique requirements from working on period homes.