Timber Window in Bath, a city of Georgian Architecture 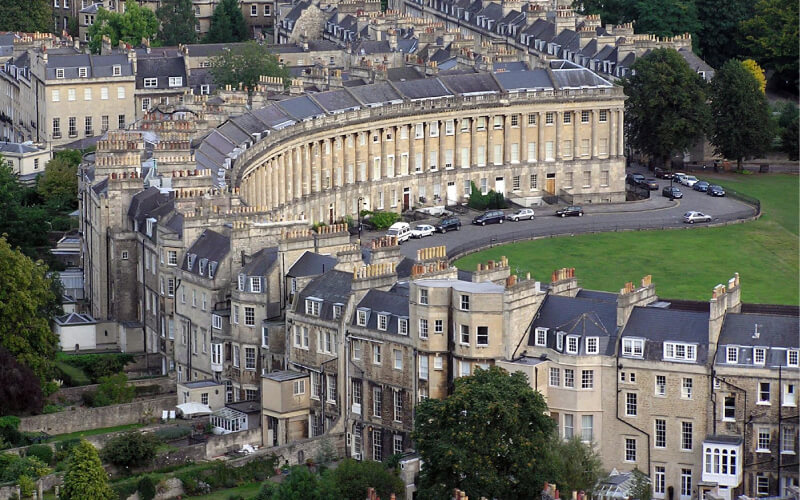 Bath, a city in Somerset in the south east of England, is home to some of the most beautiful Georgian architecture found in Britain. In fact, the city of Bath became known as the World Heritage Site in 1987 due to its architectural history. Most buildings in Bath are made from the local, golden coloured sandstone – with the dominant style of architecture being Georgian.

The splendour of Bath is clear for all to see, with its imposing Roman baths and limestone buildings attracting scores of visitors to the city each year. 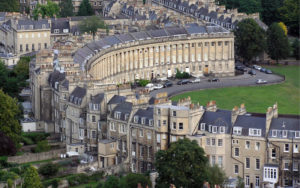 So, why were wooden sash windows originally used?

The first recorded building to employ the use of the sash window was the Royal Palace at Whitehall in 1670. Sash windows were then introduced into Dyrham Park in Gloucestershire in 1692.

Sash windows are one of the major elements of any classical building and were often found in any Georgian city – including Bath. The main reason behind the wooden sash window becoming the window of preference during the 18th century was largely down to its symmetry and elegance. Further to this, they were also a great deal more practical than their counterparts due to their ability to provide ventilation throughout the room.

Many famous names have also graced the streets of Bath over the centuries included famed author Jane Austen, who regularly holidayed in the city.

However, a new poll for city law firm Mogers, which posed the question ‘who was the time Greatest Bathonian of all time?’, didn’t place the noted author of much-loved classics such as Pride and Prejudice in pole position. Instead voters put Georgian architect John Wood the Elder in the number one spot.

So who was John Wood the Elder?

John Wood the Elder was born in 1704 in Bath and worked extensively in his home town throughout his life. He was a pioneering and visionary architect who transformed the historical city of Bath forever.

His ambitious mission to create a beautiful and unified city that restored Bath to its former ancient glory initially came up against opposition from various parties. As a result, Wood was forced to construct the first examples of his signature style outside of the city walls and it was not until later on that he designed many streets and buildings within the city.

St John’s Hospital is a fine illustration of Wood’s work and was his first project to take place within the confines of Bath. He was just 23 years old when he designed the two story building and many of the original features he added remain to this day.

The hospital is made from Bath stone and features a heavy ground floor arcade of round-headed arches on pillars with the original sash windows and mouldings still retained.

Wood is also responsible for the magnificent Prior Park House: a Grade I listed building overlooking the city which has been described as the most ambitious and complete re-creation of Palladio’s villas on English soil.

John Wood the Younger, his son, continued his work by designing Royal Crescent, described as ‘one of the world’s best known landmarks’ and home to some 30 houses laid out in a crescent shape.