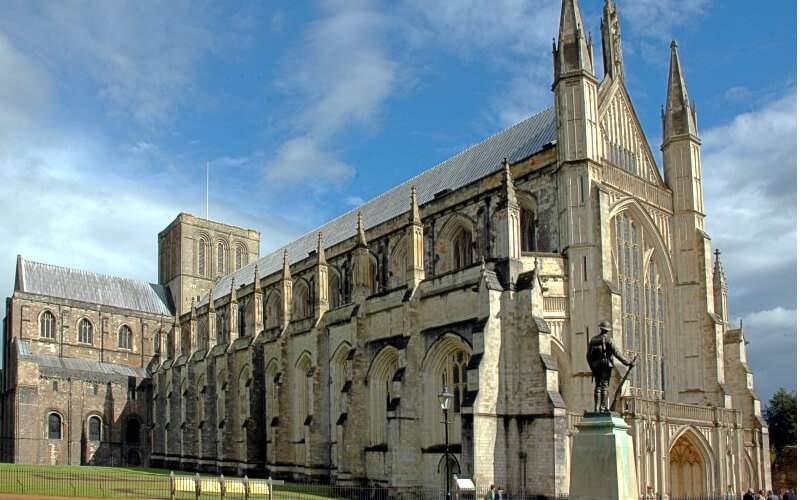 People have lived in Winchester for over 2,000 years with the first permanent residents arriving in the Iron Age.

After the Roman conquest, the city developed into the Roman town of Venta Belgarum. During the third Century, the town was one of the largest in Roman Britain, covering an area of 144 acres. However, like many other Roman towns, it began to decline in the later fourth Century.

In the 6th Century the Saxons arrived and changed the name to be Venta Caester and revived the area. Over time the name was changed to Wintanceastre, before becoming known as Winchester.

In 871 at the tender age of 21, Alfred ‘The Great’ was crowned King of Wessex and established Winchester as his capital. King Alfred the Great demolished the Roman street plan in the late 9th Century in favour of a new grid pattern to provide better defence against the Vikings.

On the 2 August 1141 much of the city of Winchester was set ablaze during the Rout of Winchester. The city was later restored, with William of Wykeham playing a large role in the restoration.

During the Middle Ages, the city was an important centre of the wool trade and a significant cultural centre, with several royal births, deaths and marriages taking place in the town. Winchester castle was rebuilt and ‘modernised’ with panes of glass being installed in the windows in 1236. Glass windows were the height of luxury in the Middle Ages with few people affording them.

However, in the 12th and 13th Century Winchester declined alongside the growth of the new capital, London. The Black Death hit Winchester hard in 1348-49, with approximately half the population estimated to have died from the plague.

In 1554 Queen Mary married King Philip of Spain in Winchester and later gifted Winchester City Mill to the city in recompense for the expense caused by her marriage.

During the English Civil War in the 17th Century, Winchester changed hands several times with most locals initially supporting the King. In 1651 Cromwell’s men destroyed Winchester castle to prevent it ever falling into royalist hands again. Only the great hall remained.

During the 18th Century a lot of Winchester was rebuilt. New Georgian houses were built, and some older houses were given a Georgian façade.

Prosperity returned in the 19th Century, largely due to the railway which arrived in Winchester in 1840. 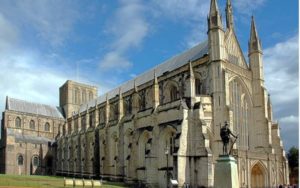 The remains of the Norman roots of Winchester Cathedral, consecrated in 1093, can still be seen today.

In the centuries that followed, multiple bishops put their stamp on the cathedral. They remodelled it with soaring gothic arches in the 14th Century, before making further additions in the 15th and 16th Centuries. With the dissolution of England’s monasteries during the 1530s it was re-founded as a cathedral. By the early 16th Century, much of Winchester Cathedral you see today was complete.

Initial records show that the original mill was already in existence in 1086. However, it was originally known as Eastgate Mill until 1554 when it was gifted by Queen Mary.

The current mill was built in 1744 by James Cook. The mill was sold to John Benham in 1820 and his family operated the mill until the early 1900s. The mill was then used as a laundry during World War I before being offered for sale in 1928.

During the heavy floods over the winter of 2013/14, the Mill suffered huge damage with much of the building inundated by the main flow of the river. Between March and July 2018 work is being carried out to restore the mill.

For centuries, City Mill has been an integral part of Winchester’s heritage and today the mill is a rare surviving example of an urban working corn mill. The water wheel can still be seen working today and flour milling is regularly demonstrated, preserving the history of the building. 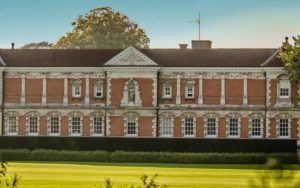 Winchester College is believed to be the oldest public school in the UK which still uses its original buildings.

The College was founded in 1382 by William of Wykeham, Bishop of Winchester and building began in 1387.

When Henry VI later founded Eton College, he used Winchester College as his model, borrowing some of its Statutes and transferring the current Headmaster and some of the Scholars to start his new school.

You can attend guided tours of Winchester College throughout the year.

With its rich heritage, Winchester was reported as one of the most expensive and desirable areas of the country in 2013.

To preserve the heritage of the city, in the late 1960s Winchester was amongst the first to be allocated three conservation areas: the town centre, Hyde Abbey and St Cross. These initial areas have since been extended and united to form one conservation area covering the entire city centre and some of the inner suburb. The conservation area contains various periods of Architecture, including Medieval, Georgian and Victorian properties. Winchester is also home to over 2,000 listed buildings.

With several historic buildings in Winchester, timber windows can be found across the city.

If your timber windows need repairing or replacing, contact The Sash Window Workshop for a free, no obligation quotation on: 01344 868 668.