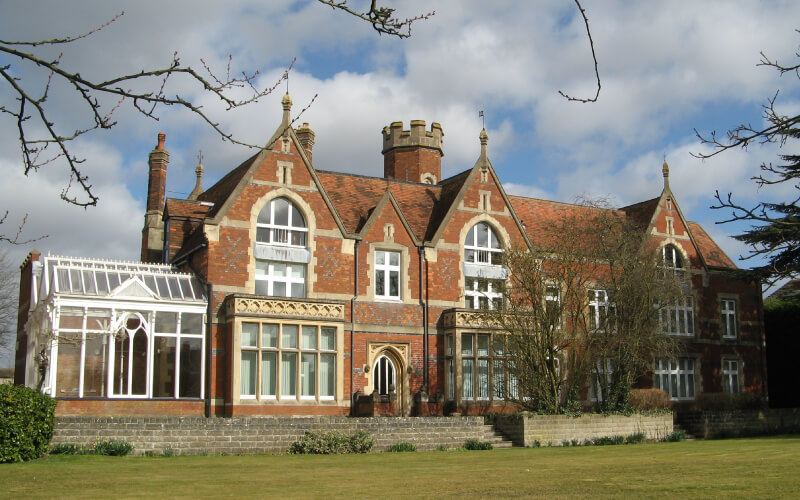 Thatcham is believed to be the oldest continuously inhabited settlement in the country, with evidence of occupation dating from prehistoric times.

There have been archaeological finds in the town from the Palaeolithic over 12,000 years ago, but it is unknown whether the Palaeolithic people settled. There is however evidence that the Mesolithic people (circa 8,500BC – 4,000BC) settled in the town. The settlers would have been semi-nomadic and occupied the site periodically for several centuries.

In 1986 a field evaluation of Hartshill Copse indicated a Bronze Age cremation cemetery and dense settlement in Thatcham. Excavations at the site found evidence for later periods including Iron Age, Romano-British and Medieval occupation. When the finds were analysed, they were dated to around 1,000BC, at least 250 years before the Iron Age was supposed to have started, requiring history books to be re-written.

Thatcham also had a Roman settlement, which lay on and near Henwick Worthy Field, which is known to have been associated with a Roman road, Ermin Way. The important river crossing appears to have had a Roman bridge, which is believed to have stood somewhere near the present Quaking Bridge.

In the Saxon period a church was built, and the settlement of Thatcham is believed to have grown around the church.

In 1125, King Henry I granted the manor of Thatcham to his new foundation of Reading Abbey. The Abbots were given the right to hold a Sunday market in the local church. Newbury townsfolk became jealous of Thatcham and attacked the Thatcham merchants, overturning their stalls. The King then immediately ordered that the Newbury folk restrain themselves.

Thatcham was at the peak of its importance in the 14th century. No official records have been found, but by the 14th Century Thatcham had gained the rights and privileges of a borough. In the assessment of a lay subsidy granted to King Edward III (1327 – 1377), Thatcham was classed as one of the four boroughs in Berkshire, along with Windsor, Wallingford and Reading.

However, Thatcham was still a town with smaller industries: wood turning, coopery, milling and various cloth making activities. Many inhabitants were also agricultural workers. The Black Death devastated the population in the late 1340s and the town began to decline.

In the 1700s Thatcham began to prosper again, boosted by improved transportation links. The Bath Road was regularly used by passenger and mail coaches and this was boosted further by the opening of the Theale to Speen Turnpike Road in around 1720. The Kennet Canal then opened in 1723 and was linked to the Avon in 1810. The Berkshire & Hampshire Railway followed in 1847.

Thatcham’s population continued to grow during the 20th Century and during World War II, Thatcham homed one of the biggest Prisoner of War camps in the South, known as camp 1001.

Thatcham House was built around 1869 for Reverend Hezekiah, who was vicar of Thatcham from 1866 until 1889, and his wife, Isabel Martin. They moved into the Victorian Grade II listed property, which has several timber casement windows bays, after construction was finished in 1871. The house was owned by several different owners but remained a family home until 1946.

In 1951, Thatcham House was modernised into 3 flats and during the early 1960s more houses were built in the grounds.

By the 1970s, Thatcham House had deteriorated and many of the flats were vacated with a closing order being placed on the property in 1980. However, by 1988 Thatcham House had been refurbished and developed into 25 office suites, which continue to be leased as offices today.

Thatcham’s Parish Hall was built in the early 1900s after the idea of a village hall was instigated in 1903 by Miss Henry. Plans were made to build a venue to accommodate 200 people at concerts.

The Hall was built by Mr Child and opened on 10th April 1907. The Parish Hall still serves the community today.

Founded in 1304, the Old Bluecoat School was originally built as The Chapel of St Thomas Becket. The Chapel was financed by Sir Richard de Fokerham of Colthrop and survived Henry VIII’s dissolution of the monasteries but was abandoned by the time Elizabeth I became Queen.

In 1707 the chapel became home to the Winchcombe School, a charity school for the education of 30 local poor boys. Unfortunately, the trustees, who were responsible for managing the school, were neglectful of their duties and the school closed. In 1794, the school reopened as a Blue Coat School. The school eventually closed in 1914, when the Schoolmaster left to serve in the First World War.

The building was later used as an overflow classroom at the new Kennet School, before falling into disrepair.

In 1992 public pressure forced the local council to bring the building back to a state of good repair. After refurbishment work was completed, the building was leased as an antique shop for the remainder of the 20th Century.

Today the building is owned by Thatcham Town Council and leased to the Old Bluecoat Charity. The Old Bluecoat School is Thatcham’s oldest remaining building after the Church of St. Mary’s and the only Grade I listed building in the town.

Thatcham today is home to over 50 listed buildings and one conservation area, helping to preserve the town’s history. Several of Thatcham’s oldest houses, which can be found across the town centre, date back to the 17th and 18th Centuries.

As a result of Thatcham’s rich heritage, timber casement windows and sash windows can be found in buildings across the town.

If your timber windows need repairing or replacing, contact The Sash Window Workshop for a free no obligation site survey and quotation on: 01344 868 668.  We have over 25 years experience working on windows and doors in period properties across Thatcham and manufacture all our new joinery in Berkshire. 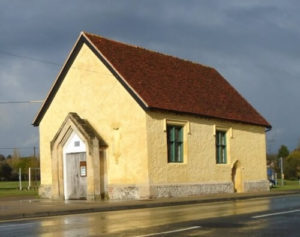 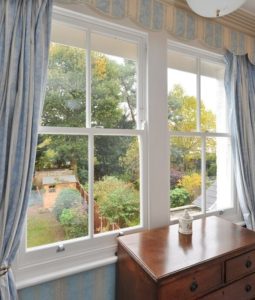 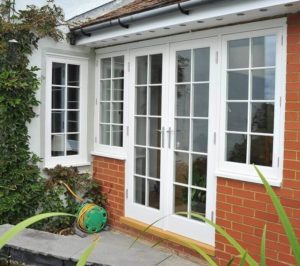