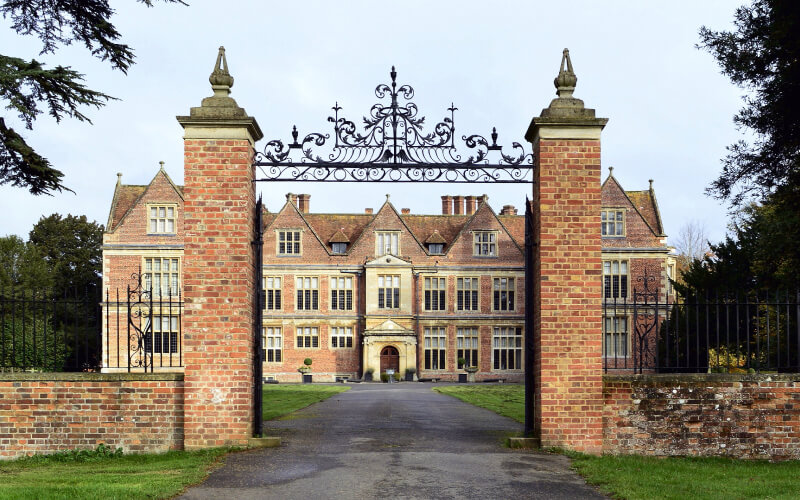 There has been a settlement in Newbury since the Saxon period. Originally the Saxon settlement was known as Ulvritone, before later being called New Burgh. Over time this then became Newbury.

In the Middle Ages the main industry in Newbury (RG14) was making wool. There was also some leather tanning in Newbury.

In the late 15th Century Newbury was known for manufacturing cloth and was highly regarded on the continent. However, by the 17th Century this trade had declined.

During the 18th and 19th Centuries, Newbury benefited from the growing popularity of Bath. Newbury was roughly halfway between London and Bath and therefore was a good stopping point for travellers making the two day journey. As a result, Newbury became an important coaching centre and had several inns, alongside the theatres and horse racing to entertain the travellers.

The 18th Century also saw a growth of several new industries in the town. These including clock making, malting, brick making and tanning leather.

With the opening of the railway in the 19th Century, the coaching trade declined. However, the town continued to expand. 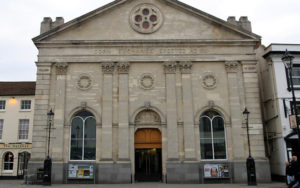 The Corn Exchange building in Newbury originally opened for trade in June 1862. The building was designed by Reading architect, J.S. Dodd.

It was originally used for corn trading, with merchants and farmers buying or selling corn in the large open hall. The building also hosted an important wool market, which was held annually, and was utilised by the townspeople to celebrate Royal occasions.

However, with the decline of the corn industry in the 20th Century the venue became used for public meetings and as a community venue, hosting dances, discos, a roller skating rink and amateur shows.

In the early 1990s the building underwent an extensive £3.5 million refurbishment project before re-opening as an arts centre in 1993.

The Corn Exchange, which is now a Grade II listed building, has unusual, bespoke windows at the front of the building, with arched fanlights above two arched windows. 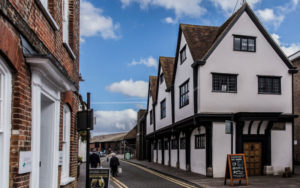 West Berkshire Museum is housed in the Old Cloth Hall. The property is a Jacobean, three storeyed building which was built by a local carpenter, Richard Emes, in 1628.

The building originally housed all aspects of the cloth production, before becoming a hospital towards the end of the century. In 1706 the Old Cloth Hall was adapted to become a boys’ school.

In 1880 there was plans to demolish the building. However, these plans never materialised and after a restoration project, the old Cloth Hall opened as the Newbury Borough Museum in 1904. This later became the West Berkshire Museum in 1998.

The museum, which is now Grade I listed, underwent further extensive refurbishment between 2010 and 2014 to update its exhibition areas and visitor facilities. 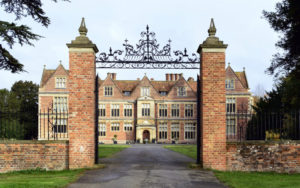 Shaw House was built in 1581 by Thomas Dolman II to demonstrate the family’s wealth, which had been made from the growing cloth industry. The house stayed in the family until 1720 when it was sold to the Duke of Chandos.

When originally built, Shaw House was one of the earliest houses to have completely symmetrical façade with the windows giving no hints to the interior layout of the property.

The property has been refurbished and altered several times over its history, including a suite of rooms which are believed to have been created for Queen Anne’s visit to the property in 1703.

The property was sold to the Andrews family in 1751 and was owned by their family, and their extended relatives, before being sold to their neighbour, the Hon Mrs. Kathleen Farquhar, in August 1905.

When the Second World War started, Shaw House was requisitioned for the army to use as a military training area. In February 1943, the building then became a temporary school following the bombing of the Senior Council Schools in Newbury.

In 1949 the building was purchased from the Farquhar family by Berkshire County Council to continue its use as a school. Shaw House continued to be used as a school until 1985.

In 2003 Shaw House, which is now Grade I listed, underwent major restoration work before opening to the public in 2006.

Today timber sash windows and casement windows can be spotted on several buildings across Newbury and the surrounding areas in West Berkshire.

To help preserve the heritage of the town, Newbury is home to over 200 listed buildings and multiple conservation areas.

Do your timber windows or timber doors need replacing or repairing? Contact The Sash Window Workshop for a free site survey and quotation on: 01344 868 668.