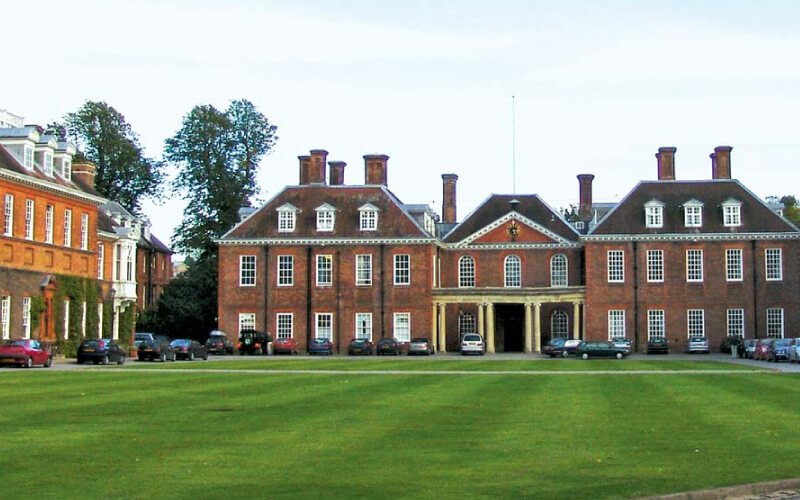 The earliest signs of human life in Marlborough is a prehistoric tumulus in the grounds of Marlborough College, believed to date from about 2400 BC.

A Saxon settlement existed in the town and following the Conquest of 1066, a Norman motte and bailey castle was built in the town, and nearby Savernake Forest became a favourite royal hunting ground. William the Conqueror also established a mint in Marlborough, which coined the William I and the early William II silver pennies and displayed the name of the town as Maerlebi or Maerleber.

King John and Isabella were married at the castle in 1189. King John spent a lot of time in Marlborough, where he established a Treasury and in 1204, he gave the town its first charter granting an annual fair and twice-weekly markets that are still held today. The town became a thriving market town and expanded into land around the castle.

Marlborough castle acted as a Royal residence until the 1500s when Edward VI passed the castle and grounds to his mother’s family, the Seymours, who built a mansion on the side of the castle.

Today the castle has long disappeared, after it started falling into disrepair towards the end of the 14th Century, although the motte remains.

In 1576, Queen Elizabeth I granted a charter allowing the people of Marlborough to govern themselves and pass their own by-laws.

The town played a large part in the Civil War, with the Seymours holding the Castle for the King and the town supporting Parliament. In December 1642, the town was captured by the Royalists and looted, with 120 prisoners being taken to Oxford in chains.

Fire swept through the town in April 1653, with many of the High Street buildings being burnt to the ground. The town also suffered from smaller fires in 1679 and 1690 before an Act of Parliament was passed to prohibit the use of thatch to cover buildings in the town.

In the 18th Century, the road through Marlborough linking London to Bath and Bristol was improved by using the income from levy tolls on the road to repair and improve the road. As a result, there was an increasing amount of traffic on the road and the town benefited from the increasing number of people using local coaching inns and taverns.

However, with the introduction of the railway in 1841, which avoided Marlborough, the town suffered economically from a decrease in the number of visitors.

The creation of Marlborough College, in 1843, helped turn the town around, providing a cheap education for those unable to afford public school fees.

In 2004 Marlborough celebrated 800 years of its Town Charter. The celebrations included a visit from HRH Prince Charles.

Originally a school for the sons of Church of England clergy, the school now accepts both boys and girls and is one of the most expensive independent boarding and day schools in the UK.

The college is built beside the Mound which was used as the motte of Marlborough Castle.

The college has several different buildings that have been built over the years in different styles, predominately surrounding the central Court.

At the south end is an early 18th Century mansion, built by Charles Seymour between 1700 and 1723. The building was later converted to a coaching inn, called Castle Inn, before becoming the first building for Marlborough College. The building, which is now Grade I listed and known as C House, still has several timber sash windows, with multiple glazing bars.

The west side consists of a 1959 red brick dining hall and a Victorian building, originally used as a boarding house. The north west corner is dominated by the school’s Victorian Gothic style chapel. The other buildings vary from Jacobethan to classical Georgian and Victorian properties.

Grade II listed, Marlborough Town Hall was built towards the end of the Victorian period, but wasn’t opened until October 1902 when Edward VII was on the throne. It was built in the Dutch style which was very popular with the Edwardians.

The building stands on the same site as previous Town Halls built in 1793 and 1867.

On either side of the entrance to the building are large arched windows, with an arched fanlight above the main entrance door.

In 2004, the exterior was given a complete makeover for the 800th anniversary of the Town’s Charter. Today multiple rooms in the building can be hired for wedding ceremonies, local events, conferences and private meetings.

Located on the High Street, Merchant’s House was built following the fire in 1653 and was the property of Thomas Bayly, a silk merchant and Mayor of Marlborough.

The house provides a rare insight into the life of a merchant family, with the house still retaining its original room pattern.

The main building facing out onto the High Street is timber framed with the rear wing, which was built at a later date, being of brick construction. The oak window frames are original, and the glazing is believed to be a 19th Century replacement designed to replicate the original 17th Century glass.

Today the house is open to the public, with one hour guided tours between April and October.

Timber sash windows and casement windows can be found on various properties across Marlborough town and the surrounding villages.

There is a large conservation area in the centre of the town covering the High Street, the Green, the Parade and Marlborough College and over 400 listed buildings, helping to retain and protect the heritage.

At The Sash Window Workshop we specialise in manufacturing and installing traditional timber windows and doors designed to offer the modern benefits of double glazing, while preserving the character of your home.

For listed buildings, we can also manufacture and install single glazed timber windows and doors or secondary glazing to help improve thermal efficiency.

Over the years we have carried out various work in Marlborough both for homeowners and for commercial clients.  To obtain a free, no obligation quotation to replace your windows or doors, contact our team on: 01344 868 668. 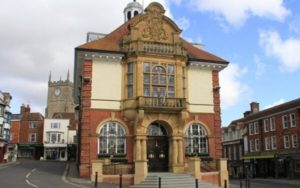 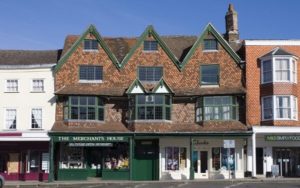 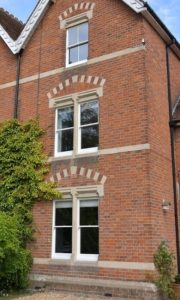