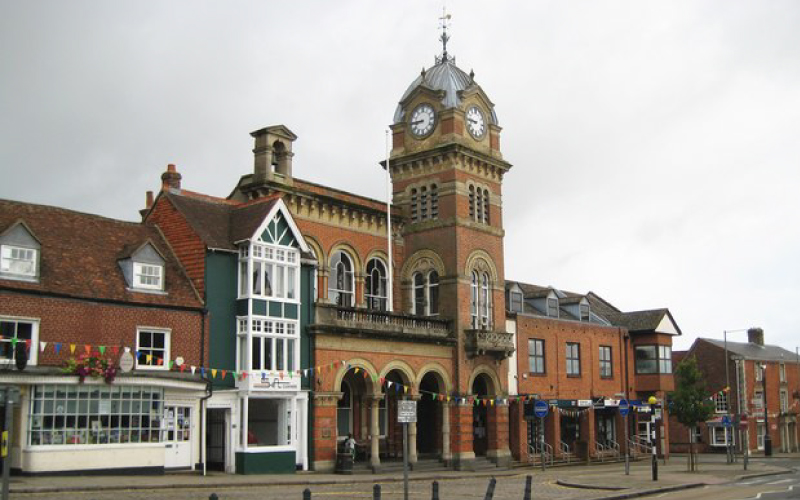 The name Hungerford is believed to have derived from a Saxon name meaning “Hanging Wood Ford”. The first written evidence of Hungerford was in 1108. However, stone age tools and remains of a bronze age building have since been discovered in the local area.

The Norman village was rebuilt around the in 1200s with a main street running from north to south and lanes on either side. Although the town has grown considerably in size since, the basis for this structure is still visible today with the houses still maintaining very long and narrow strips of land.

By 1241, Hungerford became a borough. Between the 11th and the 14th century, the manor of Hungerford passed between the Crown and various Duchies of Leicester and Lancaster. The manor passed to John of Gaunt in 1362, who gifted the townsfolk lucrative fishing rights for the River Kennet. The townsfolk received John of Gaunt’s horn and a charter affirming his gift.

However, during Queen Elizabeth I’s reign the current Duchy tried to re-establish their rights to the river. A court case ensued, and the matter was only resolved when Queen Elizabeth I intervened on the town’s behalf.

In celebration of the townsfolk being gifted fishing rights, Hungerford still celebrates Hocktide every year on the second Tuesday after Easter. The event starts with the town-crier blowing his horn, everyone living in the most ancient houses in the High Street must pay a fine to retain their fishing and grazing rights, before a Hocktide Court is held in the town hall. The residents and the jury then meet for a Hocktide Luncheon, which is a four-course meal held in Hungerford’s Corn Exchange.

The Bath Road had a considerable effect on the town’s growth and development. In 1688, Prince William of Orange met with three commissioners, sent by King James II, at the Bear Inn and plans were made for the throne of England to pass to William.

Later, during the Georgian era, coaching became a big business within the town with many coaching inns, stables and blacksmiths. Several properties on the High Street were updated to add Georgian frontages.

The town continued to prosper when the Kennet and Avon Canal was opened in 1810. However, the introduction of the railway in Hungerford in 1847 reduced prosperity from the canal and coaches. As a result, the population of Hungerford fell between 1851 and 1901. 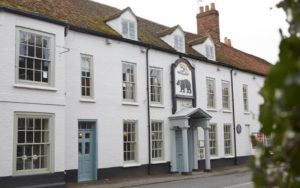 The Bear Hotel (also known as The Bear Inn)

The Bear Inn is one of the oldest and most historic Inns in England and is believed to have been a hospice as early as the 13th Century.

In addition to Prince William of Orange, the Grade II listed building was also visited by Elizabeth I and Charles I.

Since the 13th Century the building has undergone several restorations and changes, meaning that much of the building today is believed to date from the 17th, 18th, 19th and 20th Centuries. 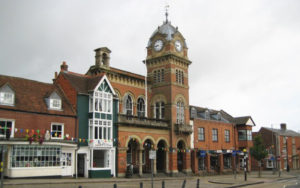 The Town Hall was built in 1870 by Ernest Prestwick of Leigh in Lancashire and replaced the earlier town hall.

It is owned and maintained by the charity the Town & Manor of Hungerford. This means that it does not receive any government funding but instead relies on the charity to look after it. 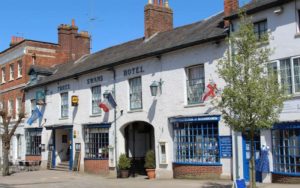 The Grade II listed building was built in the 18th Century before being altered in the 20th Century.

The property still has the original archway where horse drawn carriages would have entered into the courtyard. There are 8 over 8 sash windows on the first floor, with 20th Century bow windows on the ground floor.

A large section of Hungerford town centre is protected by a conservation area and the town has over 100 listed buildings, helping to protect the heritage of the area for future generations. As a result, several traditional properties with timber sash windows can still be spotted on Hungerford High Street.

At The Sash Window Workshop we specialise in the replacement and repair of timber windows and doors in period properties. We manufacture all our new joinery in-house allowing us to ensure the windows and doors meet our high-quality standards.