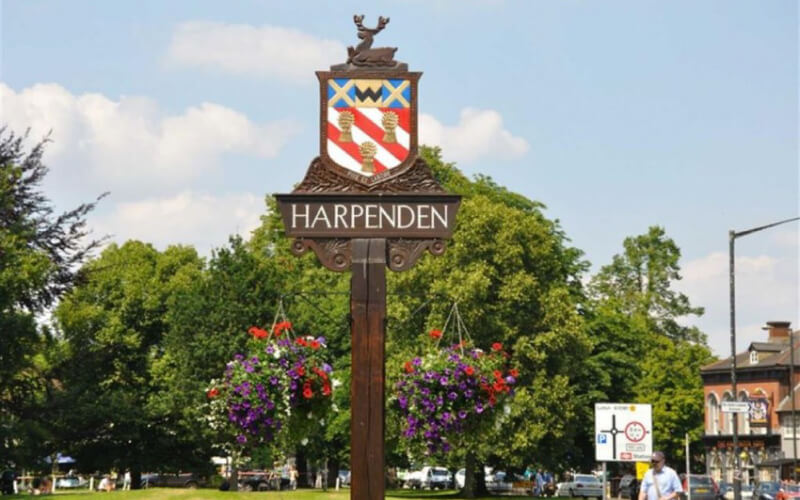 Until the 13th Century, Harpenden in Hertfordshire consisted of small hamlets and farms. There is even evidence that Belgae farmers originally lived in the area in the 1st Century BC. There are also traces of Roman villas and Roman artefacts in the area.

In 1060 King Edward the Confessor gave the whole area of Wheathampstead and Harpenden to the Abbey at Westminster. The first reference of a church in Harpenden (then referred to as Harpendene) was St Nicholas in 1221.

In the 18th and 19th Century straw-weaving was a widespread industry in Harpenden, mainly carried out by women. The straw plaits were then taken to the specialist markets in St Albans or Luton. 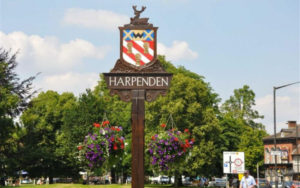 The arrival of the railway from 1860 and the sale of farms for residential development after 1880 resulted in Harpenden developing into a large village. The area continued to develop rapidly in the early part of the 20th Century.

During the Second World War, Harpenden was used to evacuate children from heavily-bombed London. During the last 100 years its population has increased tenfold, from a village of 3,000 to nearly 30,000.

Bowers House still contains traces of the building that was originally built in the early 16th Century. It was originally a two-storied house with perhaps a central hall, the parlour on the southern side and the service end to the north.

In the late 17th Century, the front of the house was bricked up and multiple alterations were made to the interior.

Between July and November 1747, various work was carried out on the sash windows and there is still an account of all the glass and lead that was used. Some new glass was put in and old glass was replaced, re-leaded and soldered.

The house was sold in separate parts in 1955 and the Grade II* listed building now consists of 3 separate houses.

The Old Red Lion (72 High Street) dates back to the 17th Century and was originally a shop for the local residents. The building has wooden casement windows on the upper floors, with a shop facade on the ground floor level.

In 1865 Sunday school classes were held in the club-room while the St Nicholas Primary school was being re-built. By the 19th Century the Grade II listed building became a beer-house and gained the name ‘The Old Red Lion’.

After World War I, Charles Read and his brother opened their own motor works in Amenbury Lane, and later in the High Street, converting the Old Red Lion to a cycle and pram shop.

In 1976 the building was renovated and has since passed through several different owners. The building is currently used as Harry’s Bar and Restaurant.

A large section of the town is located within the Harpenden conservation area and St Albans City and District Council is home to over 800 listed buildings. With several late Victorian and Edwardian properties in Harpenden, timber sash windows and casement windows can be found throughout the town.

The Sash Window Workshop specialise in the replacement and repair of timber windows and doors in period properties. To obtain a free, no obligation quotation, contact us on: 01344 868 668.