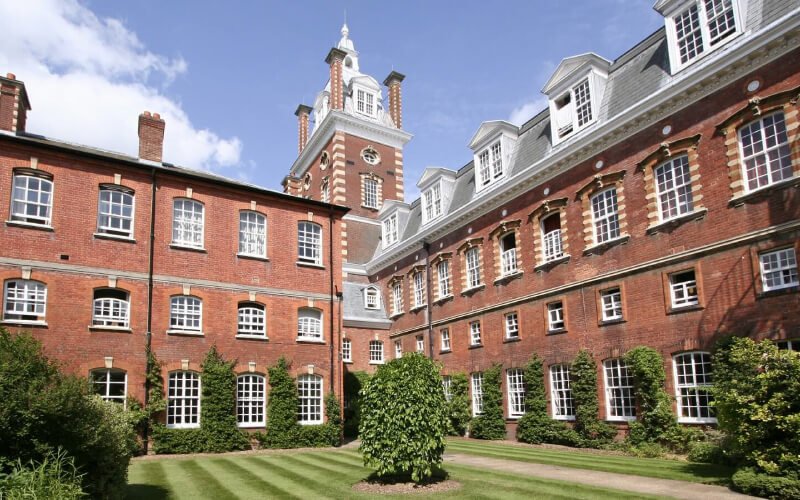 Prior to 1859, Crowthorne was just a small hamlet with a few properties.

The main Roman Road that ran from Silchester, via Staines to London runs directly through what is now Crowthorne. It was on the junction of this road and the road between Sandhurst and Bracknell, now known as Brooker’s Corner, that the tree ‘Crow Thorn’ stood.

In 1823, there were just two properties near ‘Crow Thorn’, one of which still survives today as Edgebarrow Cottage.

In 1859, Wellington College opened in Crowthorne. This was followed a few years later with the Broadmoor Hospital opening in 1863. The opening of these two institutions resulted in a requirement for housing, shops and services to meet the needs of staff from both institutions and the boys attending Wellington College. As a result, Crowthorne was created and started to develop.

The railway station, originally known as ‘Wellington College for Crowthorne’ after receiving a grant of £500 from Wellington College, opened in 1860. When it first opened the station had trains running to both Reading and Guildford.

With the addition of the train station, the village grew rapidly and by 1880 the population had increased to 1,300 (including staff and patients at Broadmoor and staff and students at the College). In 1894 the village was constituted a civil parish.

With Crowthorne’s close proximity to both London and Heathrow Airport, the area has continued to grow in size ever since. The 2011 Census recorded that 6,902 people now live in the village. 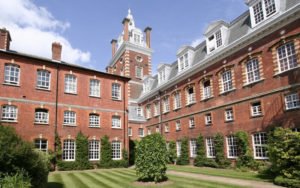 Wellington College began as a school and home for orphaned sons of British Officers. The college was named after the Duke of Wellington who had died in 1852.

The Prime Minister, Lord Edward Stanley, agreed with Queen Victoria and Prince Albert that a charitable institution should be set up in memory of the Duke. This was approved in December 1853 and HRH Prince Albert elected the President of the Governors.

Queen Victoria laid the foundation stone in 1856 and the first boys to study their arrived on the 20th January 1859. Queen Victoria also performed the official opening ceremony for Wellington College.

In 2006 the school started supporting orphaned children of deceased servicemen or servicewomen irrespective of rank, and the orphan children of people who, in the opinion of Governors, died in acts of selfless bravery. However, only a minority of children at the school now come from military families.

The school was designed by John Shaw, who also worked for Eton College, to an 18th Century French Grand Rococo architectural style. The chapel was designed by Sir Gilbert Scott. Wellington College has been extended several times over the years.

The main block and front walls are now Grade II* listed, while the chapel is Grade II listed, helping to preserve the heritage of the buildings. The building still has several timber sash windows.

The building fell into disuse after staff levels were reduced in 1967.

Since 1986-87, the station building has no longer being used for the station, with the station instead using a small shelter as a ticket office, which is manned in the morning peak hours.

Instead the building has served as premises for an electrical contractor, and later a salon. 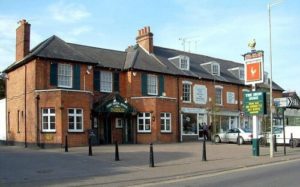 Situated at 254 Church Street, The Iron Duke Public House was built in 1863 and was the first public house in Crowthorne.

In 2011, after sitting derelict for several years, the pub received planning approval to be converted into a shop, now used by Body Image beauty salon, and several flats.

However, the original frontage still exists, with a two bay windows on the ground floor, and 8 over 8 box sash windows on the first floor of the property.

Today Crowthorne is still home to timber sash windows and casement windows which can be found on several properties in the village.

Most of Crowthorne’s Conservation Area is located inside a triangular area surrounded by Duke’s Ride, Waterloo Road and the High Street.

Crowthorne is home to 8 listed buildings. Bracknell Forest Council also holds a list of local buildings considered to have local architectural or historical interest. Maintaining these period houses help retain the heritage and history of the village.