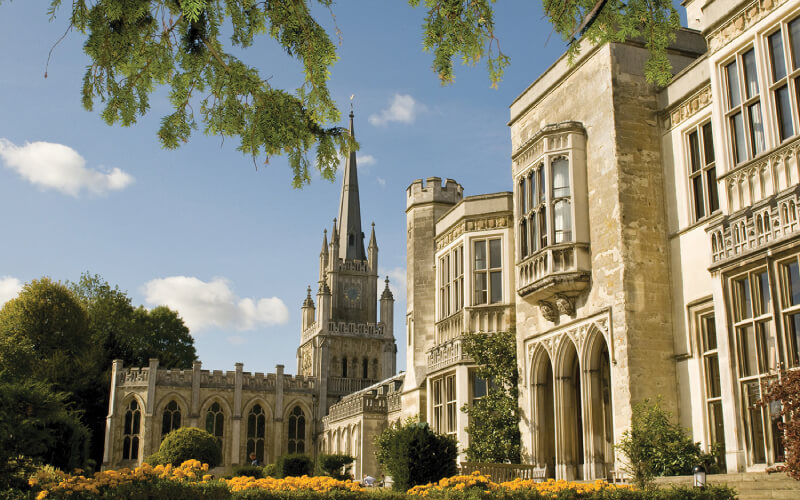 Berkhamsted is a historic market town with a long history. The earliest written reference dates from 970 and the town is home to the oldest known extant jettied timber-framed building in Great Britain, which was built between 1277 and 1297. The building, which can be located at 173 High Street, was given a Victorian façade in the 19th Century. The property still survives today and is Grade II* listed.

The most important event in the town’s history occurred in December 1066, when the Anglo-Saxon surrendered to the Normans who had been about to advance on London. Anxious to prevent further destruction, the Saxon leaders rode out of London to meet the Normans in Berkhamsted and offer William of Normandy the Crown of England. He then rode to London and was crowned King of England at Westminster on Christmas Day 1066.

The original Berkhamsted Castle was built from timber around 1070 by William the Conqueror’s half-brother. Between 1070 and 1495 several Kings and Queens, Princes and Princesses, court favourites and distinguished foreign visitors stayed at the Castle. The Castle stayed in royal ownership until 1495, when Elizabeth I granted it to Sir Edward Carey. It is believed to have been abandoned around this date and fell into disrepair before being destroyed by builders in the 16th Century.

In the 13th and 14th Century Berkhamsted had a thriving local market, with the main trade being wool. Later, woodenware became an important trade for the town. Lace-making was also popular in the 18th century: followed by straw-plaiting, and a weekly plait market was held.

Berkhamsted began to expand following the construction of the canal and the railway in the 19th Century. Berkhamsted was located along the first trunk railway in the world. The original railway station stood at the end of Castle Street and was opened in 1837: it was replaced by the present station in 1875.

Today the population of Berkhamsted is estimated to be around 18,500.

Berkhamsted’s Town Hall was built in 1859. The Victorian, gothic style building was designed by architect Edward Buckton Lamb. The hall was later extended in 1888-1890.

In the 1970s the Town Hall became derelict and began to fall into disrepair until it was restored between 1982 and 1999.

In 1983 the Trust in charge of the building converted the ground floor into a shopping arcade, which officially opened on the 31st December 1983. However, over time they struggled to find new tenants for the shop. In 1998 the Trust entered into a 25-year lease with City Centre Restaurants, which converted most of the arcade into a Caffé Uno. In February 2012 Carluccios took over the restaurant.

In 1998, the light-well was also filled in and converted for commercial use. However, some of the original windows which overlooked the light-well can still be seen. 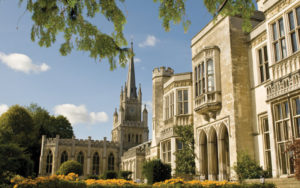 Ashridge House is a stately home located about 2 miles North of Berkhamsted. The 19th Century neo-gothic mansion was built on the site of the 13th Century priory building, which had been demolished in 1800.

The building was commissioned by the 7th Earl of Bridgewater and designed by James Wyatt, who died before the building was completed. His nephew, Jeffry Wyatt, took over the project, adding private apartment blocks and an orangery in 1815 – 1817.

The Grade I Listed mansion features a variety of casement windows including pointed arch and ogee lights typical of the early Gothic Revival style.

The house incorporates a Gothic Revival Chapel, designed by James Wyatt and completed by Jeffry Wyatt in 1817. The chapel interior features a pair of Fourteenth-Century carved doors; a set of carved oak choir stalls designed by Jeffry; and an array of Rayonnant lancet windows.

During the Second World War, the building and the lawn was used as a secondary site for Charing Cross Hospital.

The house and surrounding grounds have featured in multiple film and television series, including Jonathan Creek, Harry Potter and the Goblet of Fire and The Dirty Dozen. Today the building is used to house Ashridge Executive Education, with the nearby woodland owned by the National Trust.

The Old Hall is the original school house of Berkhamsted School. The school was founded in 1541 by Dean Incent and the building was built in 1544, when it was the largest school hall in the country.

However, John Incent died only 18 months after the school opened. In order to protect the school, it was incorporated by an Act of Parliament as The Free Schole of King Edwarde the Sixte in Berkhampstedde.

The building is now Grade I listed and is still used by the school today. It is a two and a half storey, red brick structure with a gabled red tile roof and has a large single storey hall with stone mullioned windows.

Dacorum Borough Council has over 2,000 listed buildings. There is also a local list of heritage assets in Berkhamsted detailing buildings of local interest that are not listed.

To help further protect the history and heritage of Berkhamsted, a Conservation Area was initially designated in 1969, before being revised and extended in 1994 and 2009.

Today, traditional timber sash windows and casement windows can be found on several buildings within Berkhamsted town centre and the surrounding area.

If your timber windows or timber doors need repairing or replacing, contact The Sash Window Workshop on: 01344 868 668.