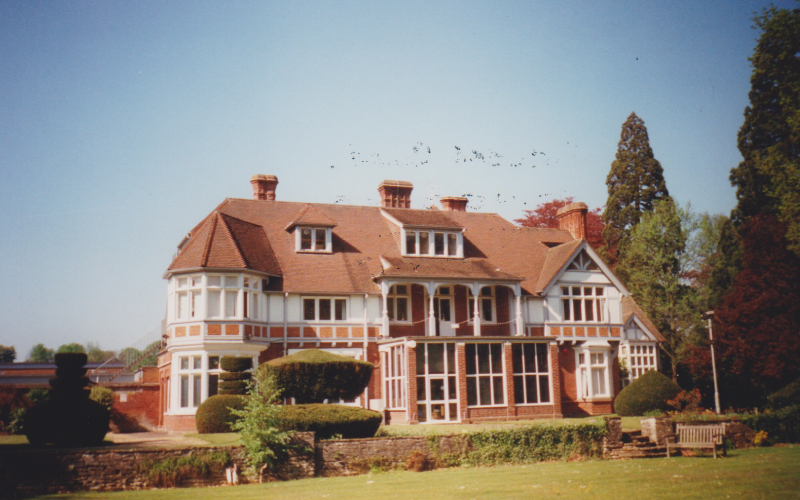 The first reference to Beaconsfield was in 1185, where it was called Bekenesfeld. The town is believed to have started in the Saxon period.

Beaconsfield was a popular stopping point on the road between London and Oxford and the area, now known as Old Beaconsfield, still has several old coaching inns along a wide street of red brick houses and small shops.

In 1255 Richard, Earl of Cornwall was granted the right to hold a market in Beaconsfield every Tuesday by his brother King Henry III. The market was held regularly until the early 19th Century when it closed, before being revived in 1982.

In 1266, Beaconsfield became part of the endowment of Burnham Abbey and an additional grant was made to hold a fair for the trading of goods and livestock. This fair is still held once a year on the 10th May, although it has now taken the form of a funfair.

After the dissolution of Burnham Abbey by King Henry VIII in 1539, Beaconsfield and the surrounding lands became divided into three great estates – Halbarne (later Hall Barn), Gregories, and Whiltones (now Wilton Park) – all forming part of the Manor of Beaconsfield.

Beaconsfield is the home of the first model village in the world, Bekonscot model village, and is the birthplace of Terry Pratchett. 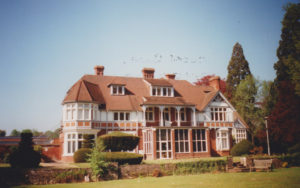 Butler’s Court was built in 1891, having been commissioned by Arthur Riversdale Grenfell and designed by local architect, Arthur Vernon.

The Victorian property underwent several alterations and was extended by Arthur’s younger brother Francis Grenfell, with the addition of an eastern library wing in place of the servants’ hall, before being sold in 1913.

In August 1934 there was a fire at Butler’s Court which caused substantial damage, particularly to the roof. The roof was later rebuilt to the original plan.

Butler’s Court was visited by royalty in 1941 when Queen Elizabeth, wife of George VI, visited accompanied by various dignitaries.

Today the property, which has several casement windows, been converted into luxury apartments.

The Grade II listed house at Hall Barn is believed to have been built around 1675 by Edmund Waller, a poet and politician. The original house had three storeys, with a south wing being added later by Waller’s grandson.

The estate stayed within the Waller family until 1833, when it was sold to Sir Gore Ouseley who built a new southern front.

In 1881, Edward Levy-Lawson acquired the estate and extended the house, creating a new ballroom wing on the east side.

However, in 1969 work began on reducing the size of the house meaning that today the outside of the house closely resembles the original building.

Today the house is still a private home. However, each year there is an open air theatre production in the gardens by the Chiltern Shakespeare Company.

The Lock Up in the Old Town was built in the 18th Century on land leased by the Hall Barn estate to the parish of Beaconsfield. The building was used to house public offenders, such as pick pockets and vagrants apprehended at the adjacent market.

After the police station was built in 1870, larger windows were installed in the property and the building was used as a warehouse before becoming Headquarters for Girl Guiding. Shortly before the Second World War it became the Estate Office for Hall Barn.

The Lock Up, which is Grade II listed, is currently occupied by estate agents. The first floor of the building has three 6 over 9 sash windows, the ground floor has two shorter, 6 over 1 sash windows and a central Front door.

The Old Rectory was built as a parsonage house in 1534 by Richard Rawson. The building was built during the dissolution of the monasteries, replacing a nunnery building.

A section of The Old Rectory has since been dated to the 13th Century and it is believed to have been part of the nunnery at Burnham Abbey which was built in 1266.

Several careful renovations have taken place since The Old Rectory was built, meaning that it remains similar in appearance. The building sits around a square courtyard, with overhanging upper storey rooms with oak doors and casement windows.

The building remained in use as the rectory until 1868, when it was used as the Parish Hall. In 1999 The Old Rectory underwent further refurbishment before being let as offices.

Today Beaconsfield is still home to Georgian, neo-Georgian and Tudor architecture within the Old Town area.

In 2008 the town was named ‘Britain’s richest town’ based on the high average house price, with Burkes Road in Beaconsfield being named as the second most expensive road in the country outside London in 2011.

The town has over 150 listed buildings, with the earliest surviving buildings in the historic town dating back to the late medieval period. To help retain Beaconsfield’s heritage, the Old Town contains a conservation area.

To obtain a quotation to replace or repair your timber windows or doors, contact The Sash Window Workshop on: 01344 868 668.