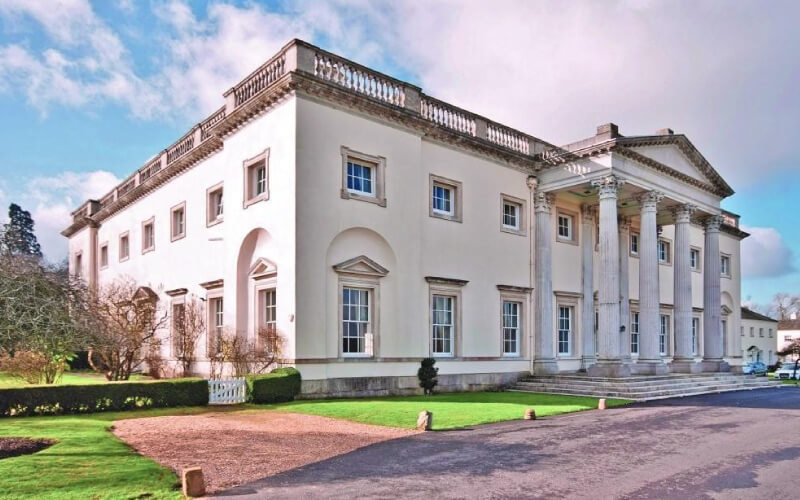 The earliest mention of Amersham as a settlement was in 796. Between 1066 and 1655 Amersham is recorded to have had 38 different names, including Agmodesham, Hamersham and Amersame.

Amersham was next mentioned in the Doomsday survey of 1086 and then in 1200 where King John granted a charter for a weekly market, annual fair and two members of Parliament to represent the town.

Located on the river Misbourne, the wooded surrounds and high quality agriculture land helped Amersham initially develop. Being located on a major trade route out of London, Amersham was often the first stop for travellers, helping the town develop further.

In the 17th Century, the main trades in the town were traditionally chair making, lace work and straw plait work. In the 19th Century, Weller brewery became the largest employer in the town and formed a chain of public houses in the surrounding area. 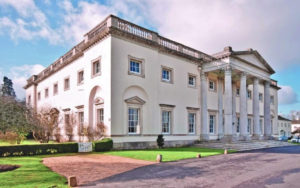 The current Georgian manor house was built between 1758 and 1766 under William Drake and Elizabeth Raworth. The Tyrwhitt-Drake family were Lords of the Manor and had great influence over the town of Amersham.

Stiff Leadbetter of Eton was initially appointed to build the house. However, after his death in 1766, Robert Adam, who designed the interior, persuaded William Drake to remodel the exterior.

During World War II the house served as a maternity hospital for expecting mothers from London to have their children. Over 5,000 children were born there during this time, including lyricist and author Sir Tim Rice.

Shardeloes continued to be used as a maternity home for a while after the War, before being left uninhabited. In 1953 Shardeloes was bought by a property company looking to demolish the house and rebuild on the site. However, in 1957 the house was saved by the Amersham Society who succeeded in having it Grade I listed.

In the 1960s the house and nearby outbuildings were converted into luxury flats and the estate was divided up and sold.

The Old Rectory was built by Reverend Benjamin Robertshaw in the 1730s and was amended by Samuel Wyatt between 1775 and 1785.

In 1963 the Old Rectory was vacated by its previous owner, Rector Thomas Horsman South, and a review was carried out of the building which estimated that the essential repairs and improvements required would cost at least £10,000. As a result the church authorities decided that the Georgian Rectory was no longer viable. The Old Rectory was sold to Robert Constantine in the same year for a sum rumoured to be £25,000.

Upon acquiring the Old Rectory, Robert Constantine began a major restoration project to restore the historic building. The house became a private home and has remained one since then.

Woodrow High House (previously called Woodside House) was built around 1656 and, like Shardeloes, originally belonged to the Drake family. William Drake is known to have lived at the house between 1758 and 1766 while Shardeloes was being built.

During the English Civil War (1642–1651) Oliver Cromwell housed his wife, Elizabeth, and their daughters, Elizabeth, Mary, Frances and Bridget at the house.

Major building works took place at Woodrow High House in the early 19th Century, but it is not known who was responsible for the work.

During World War II a school was housed at the property, after being evacuated from Portsmouth. The house was then sold to the Worshipful Company of Goldsmiths in 1945 who donated it to the London Federation of Boy’s Clubs.

The house is now used as a residential training centre run by London Youth (Federation of London Youth Clubs).

The house has been extensively remodelled on several occasions, but a number of period rooms still survive today. The building has multiple double hung sash windows. The right-hand wing has a dentil cornice and two sash windows with architraves. It also has a canted bay window on the right-hand return elevation. The two storey rear wing has a similar design.

At The Sash Window Workshop we have over 20 years’ experience working on timber windows and doors in period properties, including those located within conservation areas. If your windows or doors need repairing or replacing, contact us for a free, no obligation quotation on: 01344 868 668.