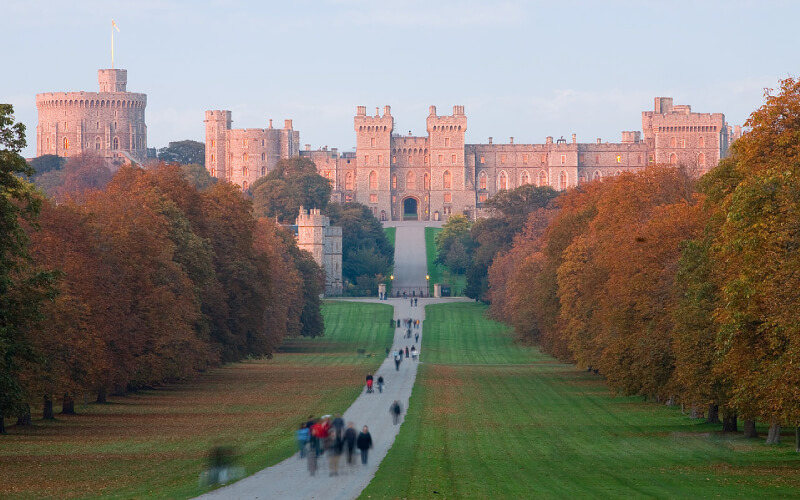 The Royal Borough of Windsor is the epitome of quintessential English charm. The imposing Windsor Castle acts as a regal and historical backdrop to this quaint town, which combines cobbled streets and riverside views with a bustling high street.

Wherever you walk in Windsor and neighbouring Eton there are countless examples of heritage architecture to marvel at. With a history dating back to as early as the 7th Century, the evolution of British architecture can be charted as residents and visitors move from one period property lined street to another.

Constructed in the Stuart period and later extended in the Victorian era Windsor’s Guildhall boasts a number of stunning architectural features from imposing columns to the specially commissioned sliding sash windows in the Ascot Room.

Next to the Guildhall you’ll find the 18th-century Market Cross house, which is currently a tea room, but has assumed a number of guises over the centuries including a beer shop and a butcher’s premises. The house’s traditional timber frame has helped to ensure that this leaning building should hopefully be enjoyed by visitors to Windsor for years to come. 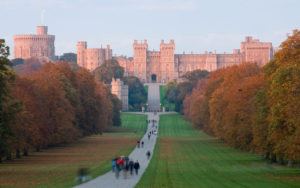 Windsor Castle is the oldest inhabited castle in the world and has been the home of British kings and queens for over 1,000 years. Currently home to around 150 people and often used for state and ceremonial occasions, it is an easily identifiable landmark.

The castle was first built in the 11th century by William the Conqueror and since then has been described as “a superb and unrivalled sequence of rooms widely regarded as the finest and most complete expression of later Georgian taste”.

The castle incorporates a large amount of the Georgian architectural designs including its timber doors and sash windows.

The state apartments gain the largest amount of popularity due to their grace and beauty. The interior of the apartments were designed by Jeffry Wyatville in order to incorporate a particular architectural style that would complement the rest of the castle.

The different apartments each lean towards the Gothic, Rococo and Classical styles along with a touch of the Jacobean in places. However, a number of the state apartments were completely destroyed during the tragic fire of 1992.

Windsor Castle is known to be one of the most beautiful pieces of architecture in Europe due to its combination of a number of styles and traditions which complement one another, even in the modern day.

With 27 designated Conservation Areas in the borough ranging from Old Windsor to Eton, many Windsor homes are likely to boast traditional features in the shape of sash windows, cornicing, feature fireplaces and much more.

If you are a homeowner in Windsor and are considering overhauling your sliding sash windows there are a number of options available to you including the following:

If you are installing new sliding sash windows into your home, you can give a nod to both the old and the new by replicating a sash window style from a particular era such as creating bespoke Victorian or Georgian sash windows.

To retain the heritage of your home and save money, you can simply replace the sliding parts of your sliding sash window and retain the frames – providing they are in good condition.

Other refurbishment options that will help to improve the energy efficiency of your sliding sash windows include secondary glazing and draught sealing.