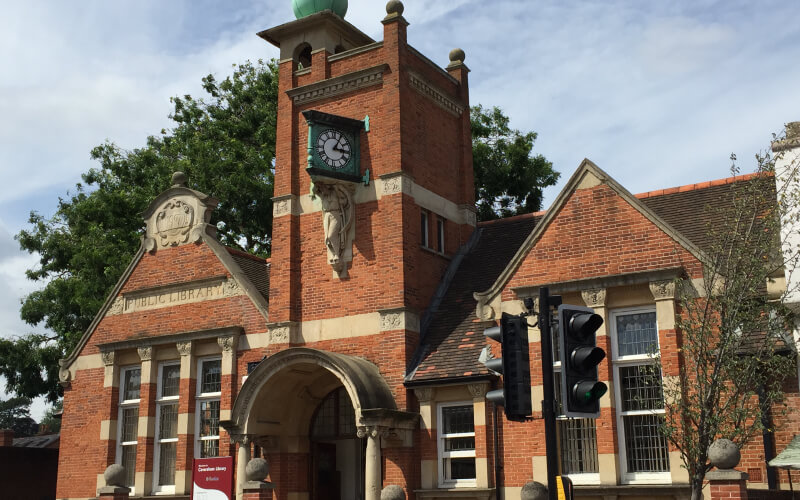 Located on the River Thames, Caversham is a popular suburb in the Borough of Reading.

The arrival of the Reading railway in 1840 brought new job opportunities to Caversham. This resulted in a number of terraced houses being built during the late Victorian period to house local workers. The rapid growth of the area also resulted in Lower Caversham and Caversham becoming one settlement and by the start of the twentieth century Caversham had a population of over 9,000.

Caversham was originally part of Oxfordshire. However, in November 1911 the Reading Extension Order was enacted and Caversham became part of Reading, Berkshire.

St Peter’s Church dates from 1162. The building is Grade II* listed and is the oldest surviving building in Caversham.

The bell tower was partially destroyed in the civil war in 1643, when royalists stationed troops in the church and a cannon was situated on top of the church tower. It was rebuilt in timber and then replaced by the present tower in 1878. In 1987 the vestry was built, and it was enlarged in 1883. Unfortunately the only sections of the Norman church that remain today are the south doorway with crude chevron and a reset window now in the Vestry.

The original Caversham Park house was built between 1588 and 1601 by Francis Knollys and his eldest surviving son, William. After the siege of Reading, the property was restored by the architect William Winde in 1660. During the Georgian era major work was carried out at Caversham Park by its new owners, brothers William and Charles Cadogan. As part of the work, the mansion had its two side wings removed and was restricted to a central block around the current size.

However, by 1838 the house was a ruin and in 1850 the house was burnt to the ground in a fire. A new house was then built in its place by William II Crawshay, who added a west wing to improve the servant’s accommodation and incorporating an iron frame, one of the first houses in England to be built that way. The new house was built with the architect Horace Jones, who was later responsible for many important London buildings, including Tower Bridge. He created a new building on the site of the old with a classical exterior, a modern structure and modern facilities. The new Victorian building, now Grade II listed, was inspired by Italian baroque palaces and consists of 3 storeys and a basement with a number of sash windows.

In 1922 The Oratory School, a Catholic boys boarding school, moved to the building. Since 1943, Caversham Park has been the headquarters of BBC Monitoring. However, in July 2016 it was announced that BBC Monitoring would be relocating to London in the future. 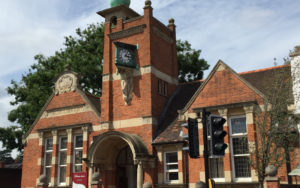 Caversham Library was one of many libraries around the world that was funded by the Carnegie Trust. The award winning design for the library was by the architect William George Hooper Lewton (1856-1914) and the library was built in 1907. Lewton worked and trained with the well-known local architect William Ravenscroft. The present clock with the figure of Old Father Time was later added at the request of the Caversham Urban District Council.

The Grade II listed building is unusual with various sash windows, some of which have a casement window directly above them.

If you are a homeowner in Caversham and your timber windows need repairing or replacing, contact us today or call us on 01344 868 668 to arrange a free, no obligation quotation.