The Oldest Sash Window in England 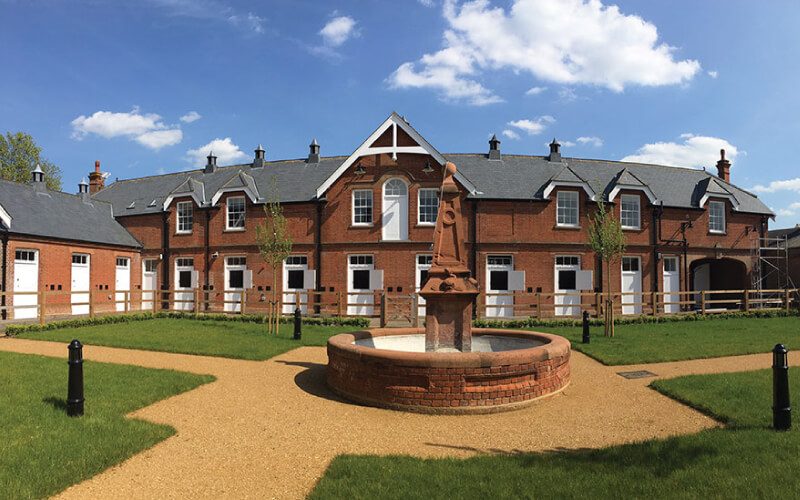 Palace House in Newmarket, Suffolk is home to the oldest surviving counter balance sash window in England, estimated to have been originally installed in 1671.

The vertical sliding sash window was bricked up and only rediscovered in 1996 after a grant from the Heritage Lottery Fund and support from English Heritage enabled the restoration of the building. 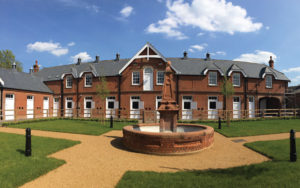 The oldest section of Palace House was designed by the architect William Samwell in 1668 after Charles II bought the land.

Over the years the Grade II* listed building has passed through multiple refurbishment phases. In 1867 architect George Devey constructed the addition of a dining room and added a second floor to the property.

As a result of the many alterations, part of the window had been cut away by the early 18th century; with the rest of the window only surviving after it was sealed behind new brickwork during further renovations in the 19th century.

In 1992 Forest Heath District Council, with the support of English Heritage, bought the house due to its dilapidated condition and inappropriate restoration works.

When the window was found, the frame, glazing, glass, cord and weights were all studied, revealing that the glass used in the window is a high-lime low-alkali composition. This type of glass was common across England from the end of the 16th century, but by 1700 had generally been replaced with mixed alkali glass with high strontium content, meaning that the window is a late example of the use of this glass. All of the original glass that was found in the partly-glazed sash window in 1996 is still in place today.

The window’s frame measures 2.75m × 1.5m and is made from Oak. The glazing in the upper half of the window was fixed, but the two lower quarters were sliding sashes which were counterbalanced on just one side by three lead weights. Only one of the lower quarters of the window still survives today.

At The Sash Window Workshop we specialise in restoring and replacing timber sash windows in period properties across London and the South. If your sash windows need repairing or replacing, contact us today or call us on 01344 868 668 for a free, no obligation site survey and quotation.