The History, Architecture and Timber Windows of St Albans, Hertfordshire 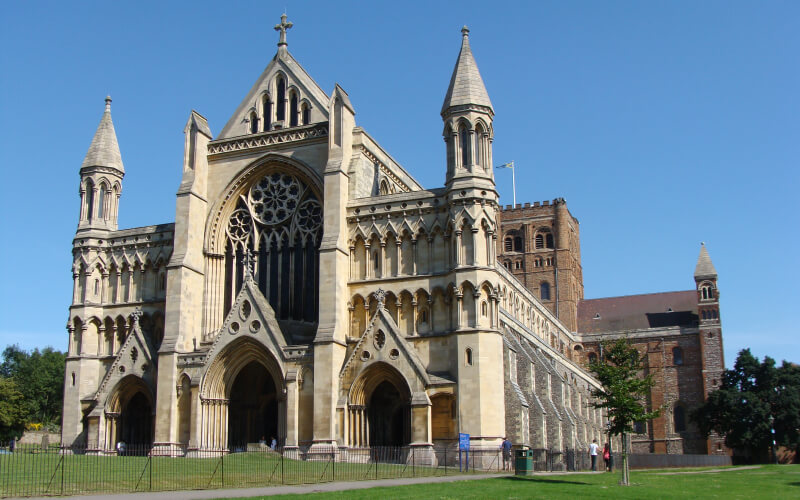 St Albans is first recorded as Verlamion, a Celtic British Iron Age settlement. After the Roman conquest in AD 43, they developed Verulamium and it became one of the largest towns in Roman Britain.

However, it was later destroyed during the revolt of Boudicca in AD 60 – 61. A number of the Roman remains are now on view in Verulamium Park.

With the creation of the Abbey, St Albans was rebuilt. The area developed into a market town in the medieval times and the growth was aided by the proximity to London and transport improvements within the Victorian era.

In 1877, in response to a public petition, Queen Victoria issued a Royal Charter to grant city status to the borough.

The City then expanded significantly after World War II, as government policy promoted the creation of New Towns and the expansion of existing towns. 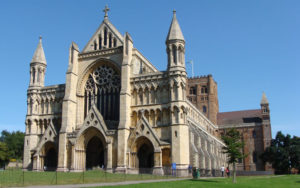 St Albans Abbey was founded by King Offa of Mercia in 793. The first Norman abbot, Paul of Caen, was appointed in 1077 and immediately set about rebuilding the Abbey church in the Norman style, which was completed in 1115.

The Dissolution of the Monasteries by Henry VIII saw the Abbey close in 1539. In 1553 the townsfolk bought the church, but it was too large for the size of the town at the time, meaning that they could not afford to keep it in good repair.

By 1856 the Abbey had fallen into disrepair. Sir George Gilbert Scott was appointed as an architect to restore the building and worked to save the church tower from imminent collapse.

When St Albans received city status, Queen Victoria also issued Cathedral status to the former Abbey church. Shortly after, the Abbey was rebuilt by Lord Grimthorpe who financed a controversial £130,000 renovation of the dilapidated cathedral, transforming the west front of the building in Neo-Gothic style.

Today the Abbey shows a variety of architecture influences including surviving buildings of the great medieval Abbey in the gatehouse and the central core of the church, with its magnificent tower.

St Peter’s parish vestry minutes for the 21st November 1728 highlight the decision to build a workhouse for the poor members of the parish to offer them employment.

Trustees were then appointed on the 18th September 1732 and building of the workhouse was probably started and completed in the same year.

Like a number of other Georgian properties built at this time, the workhouse has timber sash windows at the front. However, these are an alternative Georgian style rather than the more common 6 over 6 Georgian sash window.

When the Poor Law Amendment Act (1834) came into force, parishes were allowed to unite Poor Law Unions and combine to provide a single workhouse. As a result, the St Peter’s building was sold in 1836 to a Mrs Elizabeth Crowther.

She carried out considerable modifications, including cutting the gateway. On 17 Jan 1837 the building was then sold to J H Rumball, Elizabeth’s nephew. The building is now used as business premises.

Tyttenhanger House is a Grade I listed country mansion, built in the 17th century and is located is a village two miles outside St Albans.

The cellars in the current building, however, appear to have been built earlier, and evaluation of the park south of the house found medieval outbuildings and a boundary ditch indicating that the earlier house stood on the same site.

In the 18th century the mansion was altered and extended and the building now has three storeys with attics and nine bays. The family retained ownership until 1973 when the house was converted for use as commercial offices.

With a high number of homes built in the Victorian period, timber sash windows are still very common within St Albans. However, with the city’s continual growth casement windows can also be found in the newer buildings.

Like many historic cities across the UK, St Albans has a number of listed buildings and properties within conservation areas, with the aim of protecting the local heritage of the town.

If you are a homeowner in St Albans and your timber windows need repairing or replacing, contact us today to arrange a free, no obligation site survey and quotation or call us on 01344 868 668.