The History, Architecture and Timber Windows of Horsham, West Sussex 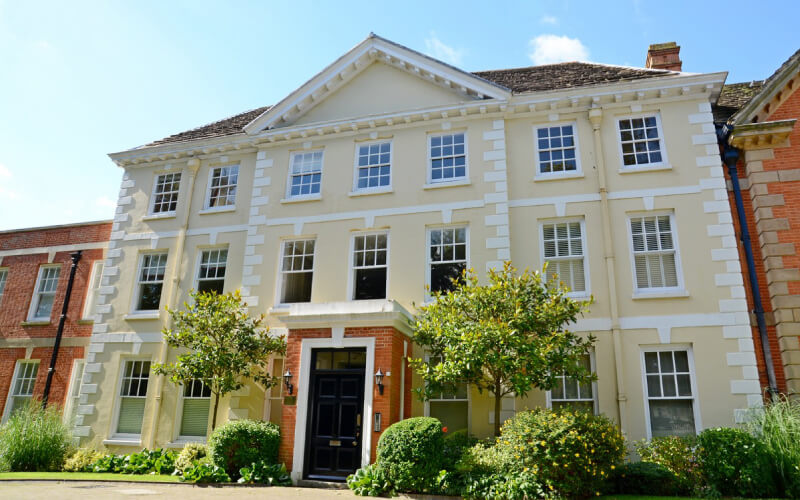 The market town of Horsham in West Sussex dates back to 947 AD. Unusually for town names, the name has not altered since it was first written in the Saxon period.

From 1066 the principal land-owning family were the de Braoses. They entertained different Kings several times, at Knepp for the hunting and at Chesworth. However, in the early 1200s King John conducted a personal vendetta against the de Braose family. The direct line of the de Braose family then came to an end in 1399.

By the turn of the 1200s the settlement was given royal licence to hold weekly markets and Horsham grew into a small town. The town developed its new status as an incorporated borough by virtually re-building the parish church, obtaining a royal charter for an annual July fair and, at the end of the century, sending the first two local representatives to the King’s Parliament.

Horsham was primarily an agricultural settlement, with many of its inhabitants working in farming, until 1500 when Horsham became known for 2 industries, tanning leather and brewing.

Later, the clay of the Weald provided the natural resources for Horsham’s brickmaking industry, with Horsham stone being used for various older buildings across West Sussex. Warnham and Wealden Brickworks still operate just outside Horsham today.

However, the tanning industry entered a steep decline in the later 19th Century and during the 20th Century the brewing industry in Horsham declined before ending altogether in 1999.

The town has continued to grow steadily over recent years to a population of around 55,000 and was named the second best place to live in the UK in 2006. 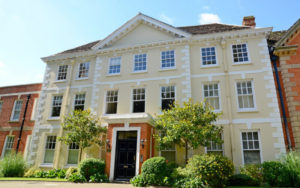 The Manor House is a Grade II listed mansion that was built by Nathaniel Tredcroft in 1704. The building was originally built on land owned by the manor of the rectory and remained in the same family for over 150 years.

The Manor House is a three storey building with multiple sash windows, with more glazing bars on the upper floors. The house was extended in the 19th Century with a brick porch being added and additions to the North and South aspects of the building.

More recently, the property was converted to apartments and now is home to multiple high-end flats.

Grade II listed Georgian building, Park House was initially built of profits made by brewing, with work starting in 1689.

The main section of the building has 6 over 6 sash windows on the ground floor and first floor, with smaller sash windows and a round window on the upper floor.

Having previously been Horsham District Council’s headquarters, in 2014 Park House was listed for sale. However, a year later it was confirmed that the building would not be sold or loaned in its entirety and today the building is split between the council, offices and meeting spaces.

Springfield Park House was built opposite Park House by Samuel Blunt around 1758. The Grade II* listed Georgian Regency building has multiple sash windows, which decrease in size on the upper floors. The house is larger than Park House, with an extra floor in the main section of the building.

Springfield Park House became a school in the 1880’s, called Horsham College, which closed in 1988. The site was then sold and converted into apartments. Additional homes were also built in the grounds in 2000.

The current timber framed building dates from the 15th Century and was built by William of Waynflete as an inn for pilgrims visiting the tomb of St. Thomas of Canterbury.

The building has been owned by multiple distinguished owners, including wealthy socialite, Alfred Musgrave, the inspiration for Sir Arthur Conan Doyle’s The Musgrave Ritual.

In 1944 the house was threatened with demolition. However, in 1946 Dorothy Ellis saved the house working to repair the house over the 35 years that she lived at the property.

On her death the building began to fall into disrepair, before being brought by author and composer, Peter Thorogood who, together with designer and landscape gardener, Roger Linton, undertook a major restoration project on St Marys in 1984.

St Marys is still lived in today, although it is open to the public by arrangement or on Sunday and Thursday afternoons during the summer months.

The highest concentration of older buildings in Horsham, dating from the 1400s onwards, can today be found on the Causeway. The Causeway is home to multiple timber sash windows and casement windows.

The Sash Window Workshop specialise in the repair and replacement of timber windows and doors into period properties across the South of England. To obtain a free, no obligation site survey and quotation, contact us on: 01344 868 668.