The History and Architecture of Woking, Surrey 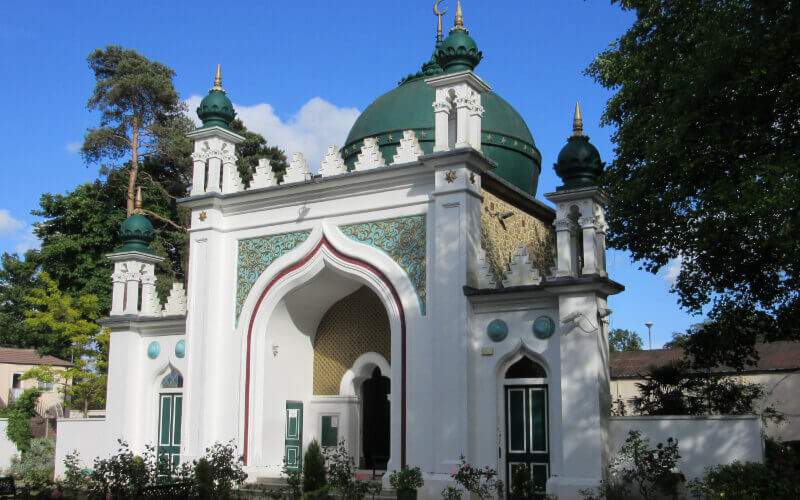 Woking is a historic town in Surrey located on the River Wey. Woking has previously been known under many similar names, such as Wochingas.

The earliest documented event in Woking dates back to the early 8th century when Pope Constantine granted privileges to the local monastery. There is still evidence today of a Roman settlement to the east of Old Woking.

The Canal opened in the 17th Century and the railway arrived in 1838. However, it wasn’t until the late 1800s that Woking’s population started to grow rapidly, with much of the town developing from the mid-Victorian times onwards.

Woking Palace is a former manor house of the Royal Manor of Woking. The manor was held by numerous nominees of the Crown until 1466 when Lady Margaret Beaufort and her third husband, Sir Henry Stafford obtained the Manor by royal grant.

The first mention of a house on the site was in 1272. Successive building on the site over the centuries has resulted in a substantial complex of buildings.

Woking Manor House was converted into a palace by Henry VII in 1503 before being extended and enlarged between 1515 and 1543. Throughout Henry VIII’s reign, the manor house underwent regular maintenance as well as some alterations.

The royal residence at Woking Palace consisted of a great hall and extensive ancillary buildings within a double moat, and was used by royalty during the Tudor period. All of Henry’s queens visited the Palace and would have enjoyed the hunting in the park.

The Palace was subsequently remodelled by between 1565 and 1594 during Elizabeth I’s reign.

In 1620, the Palace was granted by James I to Sir Edward Zouch, who abandoned it and built himself a new manor house at Hoe Place. There is some evidence that materials from the Palace were reused in the construction of the new house.

By the reign of Charles II, the palace appears to have been abandoned and virtually ruined.

The site is now designated as a Scheduled Ancient Monument and has been owned by Woking Borough Council since 1988. 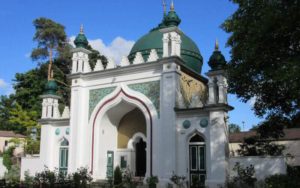 Shah Jahan Mosque is the oldest, purpose-built mosque in the UK, built in 1889 by Dr Gottleib Leitner. The building was designed by the Victorian architect, WL Chambers, and built using Bath and Bargate stone.

The Grade II listed building fell into disuse after Leitner’s death in 1899, but was later resurrected by the Indian lawyer Khwaja Kamuluddin in 1913 after Khwaja won a court case against Leitner’s son who wanted to sell the land to property developers. The mosque remains an active place of worship today.

Sutton Place is a Grade I listed, Tudor manor house which was built c.1525 by Sir Richard Weston.

Henry VIII visited Sutton Place in 1533 after his marriage to Anne Boleyn.

Stained glass windows in the library and other rooms displayed the Tudor Rose and emblems of Henry VIII. It is thought that some of these may have been salvaged in the 17th century from the ruins of Woking Palace.

A fire broke out in the original north range of the house in 1561. The north-east side of the house was later demolished in 1784.

Pyrford Court House was designed by Clyde Young. The house was originally built in 1910 for the 2nd Lord Iveagh, with extensions, including the wings, being added later. The neo-Georgian house has been grade II listed since 1984.

During the Second World War Pyrford Court was used by the Headquarters Staff of the 20th Guards Brigade. The sixteen bedroom house was sold in 1977 and became an old people’s home before being restored and put back on the market in 2010.

The former stable block, The Bothy (built around 1910), was also designed by Clyde Young in similar style to the house. The Bothy, also grade II listed, has since been converted for residential use.

Today there are 25 protected Conservation Areas within Woking Borough, including the town centre and nearby villages such as Byfleet and Old Woking, ensuring that the heritage of the area is preserved.

Due to Woking town centre growing quickly over a short period of time, there is a limited historical period during which most of the buildings were constructed. This means that buildings within each street have considerable group value, giving the area a special character.

If you are a homeowner in Woking and your timber windows or doors need repairing or replacing, contact us today to book a free site survey and quotation or call us on: 01344 868668.