The History and Architecture of Henley-on-Thames 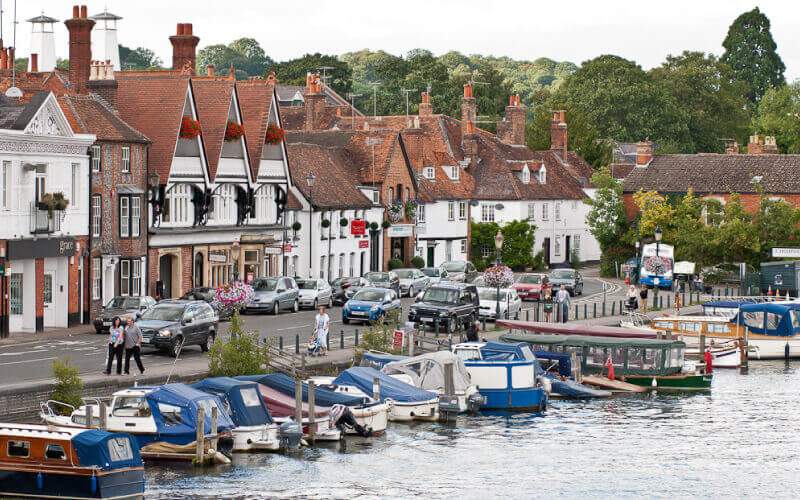 Henley-on-Thames is a 12th century market town located in South Oxfordshire. The town is steeped in history and is still home to many period properties, with a number of Georgian frontages covering older buildings in Main Street.

The first recorded history of the town is in 1179 when King Henry II bought the land ‘for the making of buildings’. 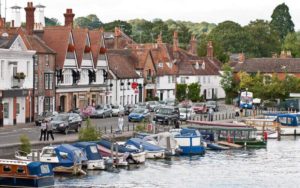 For many years Henley-on-Thames was an important inland port on the river Thames and a supply centre for goods carried by water to and from London. The town prospered in the 17th and 18th centuries, with the manufacture of glass and malt and the trade in corn and wool.

Henley-on-Thames was responsible for providing London with much of its timber from the Chilterns and grain from the rich agricultural land. Henley had its own workhouse built in 1790 for 150 people in West Street. This was later enlarged and became the Henley Poor Law Union workhouse.

Today Henley-on-Thames is home to approximately 300 buildings ‘of special architectural or historical interest’ and is best known for being home to the Henley Royal Regatta.

The Henley Royal Regatta was first established in 1839 on the straight part of river known as the Henley Reach, which was extended artificially.

The annual event was initially suggested by Captain Edmund Gardiner at a public meeting at the Town Hall, who suggested that it should be held ‘under judicious and respectable management’ and that it would benefit the town and ‘from its peculiar attractions it would also be a source of amusement and gratification to the neighbourhood and the public in general’.

The Regatta only became ‘Royal’ in 1851 when Prince Albert became patron of the regatta.

The Kenton Theatre is one of the oldest performing theatres in the country. The theatre is a Georgian building, which originally opened in 1805.

After a few years the theatre declined both in popularity and social standing and from 1813 until 1930 the building had many uses including a non-conformist chapel, a school, a church hall and a scenery store.

In 1930 the building once again became a theatre featuring professional repertory companies. In 1951 the proscenium arch was rebuilt and painted by local artist John Piper, who had taken on the lease of the theatre with Dr A E M Hartley. The theatre then re-opened on October 16th as The Kenton Theatre.

Amateur productions were the common in the theatre during the 1950s before the theatre closed for four years from 1963, with only three productions being allowed to proceed in 1963 due to the theatre already having been pre-booked.

The theatre then re-opened again in 1967 under professional management. However, such a large debt had been incurred that the management was taken over by Henley Amateur Operatic and Dramatic Society on 10th November 1969. In 2000 Henley Municipal Charities, owners of the freehold, granted a lease to the Kenton Theatre (Henley-on-Thames) Management Society until 2045.

The Kenton Theatre still regularly showcases both amateur and professional productions and celebrated its bicentenary in 2005 with a performance of the play with which it had opened in 1805, ‘The School of Reform or How to Rule a Husband’.

The Town Hall at the top of Market Place was built in 1901 to celebrate the Diamond Jubilee of Queen Victoria.

The building was designed by Henry T. Hare, a prestigious architect of the Victorian era who worked on many public buildings.

The hall is a rectangular, symmetrical building, built in a classical style. The side elevation windows on the first floor are surmounted with rounded arches, each centred with a stone bearing the initial ‘H’.

Its predecessor was an elegant Georgian style building. With the building of the new town hall, the old building was dismantled and rebuilt in Crazies Hill, where it is now a private house.

Located just outside Henley-on-Thames, Fawley Court was designed for William Freeman in 1684 by Sir Christopher Wren, the architect of St Paul’s Cathedral and Hampton Court.

The Grade I listed building was visited by King William III in 1688, when he stayed at the country house to rest on his way to London during the Civil War.

The building underwent subsequent interior remodelling by James Wyatt in 1770–71.

Fawley Court was one of the cultural centers for the Polish minority in the United Kingdom until its closure and sale in the late 2000s.

Fawley Court has since undergone eight years of restoration, including replacing the 58 Victorian sash windows with replicas in the original 17th century style, before opening to the public for the regatta last year.

Timber windows can be easily spotted in Henley-on-Thames. The town centre boasts a large number of Georgian sash windows and Victorian sash windows, with casement windows also being prominent in the rural outskirts of the town.

At The Sash Window Workshop, we have extensive experience repairing and replacing timber sash windows, casement windows and external doors in period properties, manufacturing all our new joinery in-house at our workshop in Berkshire.

If you are a homeowner in Henley-on-Thames and your timber windows or doors need repairing or replacing, contact us today to book a free site survey and quotation or call us on: 01344 868 668.