The History and Architecture of Hastings, East Sussex 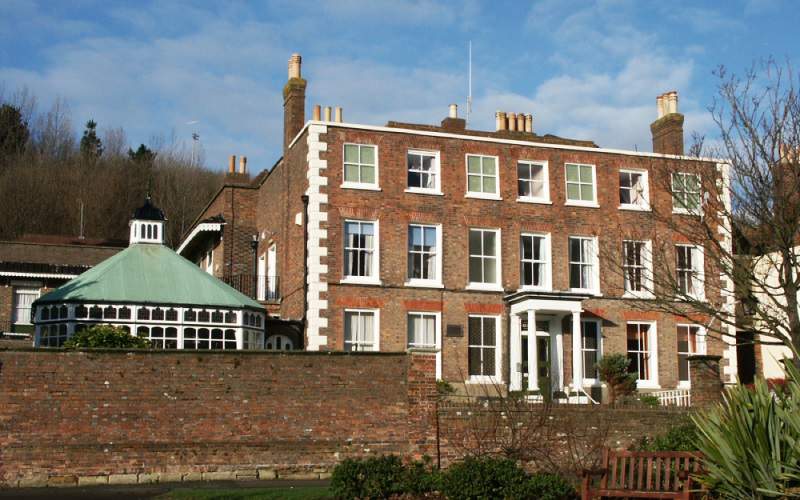 Hastings is well known for the 1066 ‘Battle of Hastings’ where William the Conqueror defeated King Harold’s army to become the next King of England. However, most historians* believe that the battle was located at nearby Battle Abbey, approximately 6 miles North of Hastings.

The first mention of Hastings is from the late 8th Century, when the town was known as Hastingas. During the Roman period, nearby Beauport Park employed up to one thousand men and is thought to have been the third largest mine in the Roman Empire.

The Battle of Hastings lead to further growth in the town, with the town becoming a borough by 1086. By the end of the Saxon period the town had become home to many rich merchants and workers, holding regular markets.

In 1287 much of the town, including half of the castle, was washed away in a flood. The town was then raided and burnt down during campaigns by the French in 1339 and 1377. As a result, the town went into decline.

During the rule of Elizabeth I, the town became popular for smuggling in luxury goods to avoid taxes. This trade came to an end following the Napoleonic Wars, when the town became one of the most fashionable resorts in Britain due to the seawater, local springs and Roman baths.

The population grew significantly when the railway extended to the town and with the growth of seaside holidays during the Victorian era. In 1801 the population was 3,175 and by 1891 it had grown to almost 60,000. In the 1930s seaside resorts started to go out of fashion. As a result, the town council started a huge rebuilding project and the town underwent rejuvenation.

Hastings Castle, Hasting’s only Grade I listed building, was built in 1070 by the Normans after the Battle of Hastings. After work finished on the castle, a church was added. The date the church was built is unknown, but the work is known to have begun before 1094.

Additional building work took place in the early 1170s to 1190s. In 1216 King John ordered the castle to be dismantled, fearing a French invasion. It was later restored by Henry III in 1225. However, with the storms and flooding of Hastings in the 13th Century, the castle became a ruin.

Today the castle is a popular tourist destination, although only the left arch from the chapel and some of the walls and dungeons remain. 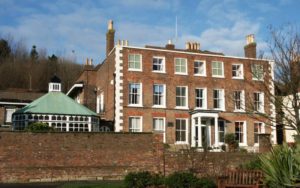 Old Hastings House, known as The Mansion until 1892, was built in 1700. The house has multiple two over two timber sash windows with flat brick arches and is now Grade II* listed.

The house has had multiple occupants including the previous Mayor of Hastings, John Collier, who built the new stables nearby, now known as the Stables Theatre. Coventry Patmore, a poet, also lived at the property between 1873 and 1891.

In the 1980s, the house was extended and today it is a residential care home for the elderly.

Grade II listed, Marine Court was built between 1936 and 1938 in Art Deco style. The flats were designed by architects Kenneth Dalgleish and Roger K Pullen and were initially known as ‘The Ship’ due to the style of the building being based on the ocean liner RMS Queen Mary.

Marine Court, which also incorporates shops, a car park and a restaurant, is fourteen storeys high and can be seen up to 20 miles away on a clear day.

The building was damaged at its eastern end by bombing during the Second World War. Restoration then took place on the building in 1949 and 1950.

The court was originally built with casement windows. However, many of these were replaced with sliding sash windows prior to the building gaining it’s listed building status in 1999.

Pelham Arcade is believed to be one of the UK’s oldest shopping arcades. The shopping centre was built in the 19th Century and consists of semi-underground shops beneath Pelham Crescent.

The Regency shopping arcade was opened in August 1825. The shops standing in front of Pelham Crescent were designed as an arcade with unique wine cellars beneath. Pelham Arcade was built as part of Joseph Kay’s original design for Pelham Crescent and was a fashionable destination for visitors to Hastings, providing music, refreshments and a bazaar.

Over time the Grade II* listed arcade began to fall into disrepair, which saw it added on to English Heritage’s ‘at risk’ list. However, it has since undergone four years of renovation work, finishing in 2014.

Today Hastings is home to over 500 listed buildings. Pelham Crescent is made up of several residential properties either side of St Mary in the Castle, all of which are Grade II* listed.

Due to the large amount of growth in the Victorian era, there are still many Victorian properties located across the town, with wooden bay sash windows.

The Sash Window Workshop has extensive experience manufacturing and installing bespoke, timber windows and doors in period properties. If your timber windows or doors need replacing, contact us today for a free, no obligation quotation on: 01344 868 668.