The History and Architecture of Haslemere, Surrey 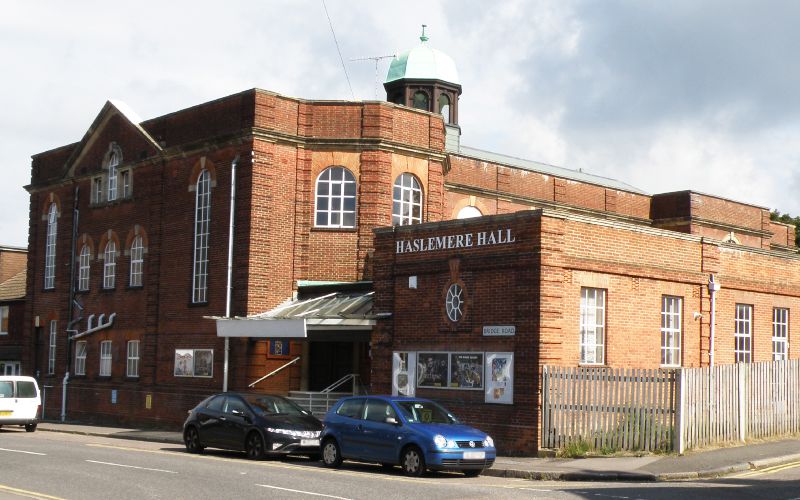 Haslemere is located within Surrey, in the Surrey Hills Area of Outstanding Natural Beauty, and is near the border of Hampshire and Sussex. Prehistoric tools and weapons have been discovered in the area dating from Celtic and Romano-British times. However, very little is known about Haslemere until the 12th Century, when a chapel was built in the village.

In the late 14th Century Haslemere was granted a Charter by King Richard II, authorising a weekly market. This was then later renewed by Queen Elizabeth I when she made the town a Borough and permitted two annual fairs. The town still celebrates this by holding a fair, known as the Charter Fair, every other year.

Within the Middle Ages agriculture, iron ore smelting, glass making and leather curing were all important industries in the town, bringing wealth to the area and resulting in a growing population. By the 18th and 19th Centuries the industries in Haslemere had evolved to include paper, braid for army uniforms, bricks, pottery, rush baskets and brooms.

The town lost its Borough status in the Reform Act of 1832. However, the opening of the railway in 1859 helped further increase Haslemere’s population.

St. Bartholomew’s Church was built in 1870 at Piperham, on the site of the 12th Century chapel.

Some aspects of the West window in the Tower potentially date from the late 1300s. The window also contains two panels of Flemish 17th century glass.

The church includes a window in memory of Lord Tennyson, the Victorian poet who lived nearby for nearly 30 years, on the North aisle. The design for the window is taken from a painting by the late Sir E.Burne-Jones. The window next to this commemorates Gerard Manley Hopkins. It is most likely the only window in the Church of England depicting a Jesuit priest.

The West window in the North aisle contains six rectangular panels, probably dating from the 17th Century, which are set in plain glass.

Half Moon House (10 high street) was built in the 15th Century and is one of the oldest buildings in Haslemere. It is thought that it was a pub at some point, but it is now occupied by Headcase Barbers.

The Grade II listed building is built in typical vernacular style with tile-hung cladding to walls, a clay tile roof and tall brick chimneys. The timber framed house has a mixture of sash and casement windows. 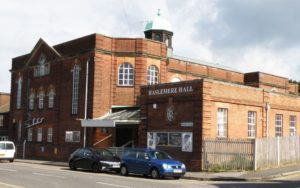 Haslemere Hall is a multipurpose building, which was built by a public benefactor, Barclay Lewis Day, in 1914.

Barclay Lewis Day decided to build a Hall with his own money and he invited well known architects to submit their plans in a competition. The competition was judged by a prominent member of the Royal Institute of British Architects and was won by Annesley Brownrigg F.R.I.B.A.

The design of the building reflects the William Morris and Arts and Crafts Movement that was fashionable in England at the time. The building contains a curved stone staircase and a fully equipped theatre with a main Auditorium and upper Balcony.

Haslemere Hall was originally used by the War Office as a drill hall for the troops, after it’s opening coincided with the outbreak of World War I. Today the building is used as a cinema, as well as for lectures and meetings.

Haslemere contains a total of 105 listed buildings, and there is a conservation area covering some of the historic streets within the town centre.

Several houses were built in Haslemere during the 19th and early 20th Centuries. As such, today the town is predominately home to buildings built in the Victorian and Arts and Crafts architectural periods. There are also a few remaining 17th Century buildings and some larger Edwardian buildings located in the town.

Due to the high number of period properties in Haslemere, it isn’t hard to spot timber sash windows and casement windows throughout the town centre.

If your timber windows or doors need replacing, contact us today for a free, no obligation site survey and quotation on: 01344 868 668.