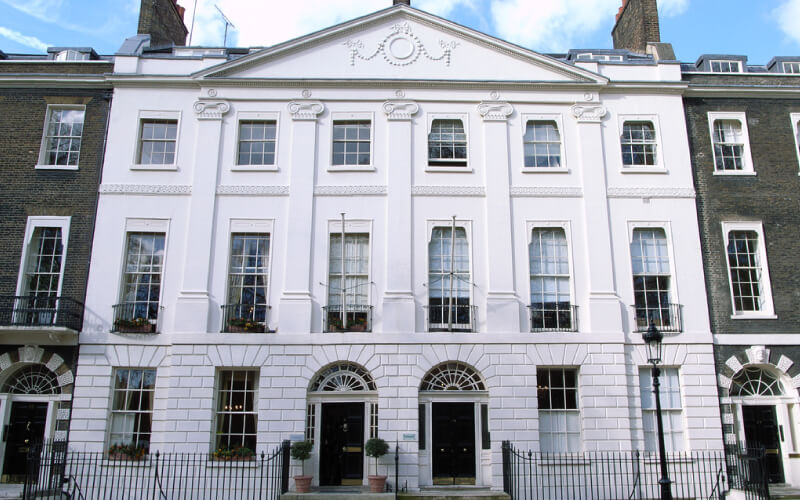 The Georgian era is a time period much loved by fans of period property and none less so than Cherie and Tony Blair. The former Prime Minister and his wife have snapped up five impressive Georgian town houses in their time – according to an article in the Daily Mail – all of which are based in prime locations in the capital. 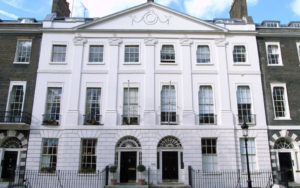 Their portfolio of Georgian properties includes properties purchased for their children including homes for Euan and Kathryn Blair.

The Blairs have recently sold a three-bedroom Georgian townhouse in Central London they purchased for Euan for £860,000 more than the purchase price in 2010.

The advertisement for the property reads as follows: ‘The property offers 1,707sq ft of accommodation arranged as three/four reception rooms, three bedrooms and, on the lower ground floor, accommodation that would be ideal for a nanny or a work place.’

With such impressive proportions it’s no wonder that the Blair’s invested in this heritage home four years ago. And it’s not just the Blairs that have given the thumbs up to impressive Georgian features including tall sash windows, columns, parapets and imposing Georgian doors.

A BBC News article last year argued that the consensus amongst estate agents is that Georgian era is the most favoured among the UK’s homeowners and would-be buyers.

“Georgian often comes out on top – there’s something about the grandeur of great Georgian cities that means it’s always popular,” says Lucian Cook, director of residential research at Savills.

There are a number of ways that homeowners can recreate the Georgian look in their homes, whether their properties were built between 1714 and 1837 or not. Here are just a few:

Use bespoke design to say yes to Georgian features: You can give your new sash windows and doors the Georgian treatment by replicating details from the period as part of your personalised door or window design.

Colour me beautiful: Paint your walls, key items of furniture and even your sash window frames in classic Georgian colours ranging from dusky pinks to Wedgewood Blues.

Be bold: From large ornamental rugs to intricate mouldings, the key to capturing the Georgian look is to be bold with your design choices.