Spot Our Tube Adverts in Belsize Park and Fulham Broadway

Are you travelling on the London underground this Autumn? Look out for The Sash Window Workshop’s tube adverts in Belsize Park and Fulham Broadway stations! 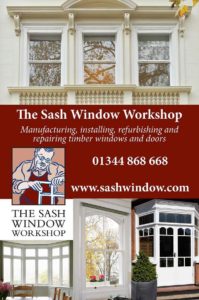 Belsize Park is located on the Edgware branch of the Northern line. The station originally opened in 1907. It was designed by Leslie Green, who also designed various other tube stations, such as Hampstead, Oxford Circus and Russell Square.

The building has Green’s familiar facade of ox-blood faience with four round arched windows and remained largely unaltered until the late 1980s when the lifts were replaced and a new ticketing system installed.

Belsize Park is one of eight London Underground stations which have deep-level air-raid shelters underneath them, built in World War II to provide safe accommodation for service personnel. The building gained Grade II listed status in July 2011.

Belsize Park is surrounded by a variety of period properties with timber sash windows and casement windows.

Located on the Wimbledon branch of the District line, Fulham Broadway tube station was originally opened in 1880. The building was replaced in 1905 and is now Grade II listed.

In 2003 the street-level station building at the southern end of the platform was closed and a new entrance was opened within the adjacent Fulham Broadway shopping centre.

The old station entrance, which is located next to the shopping centre, retains many of the original station architectural features, including the historic terracotta block façade and the ‘Exit’ sign in the brickwork.

In addition to being home to Chelsea FC, the area around Fulham Broadway Station is also home to many period properties, including multiple Victorian terraced houses.

The Sash Window Workshop specialises in the replacement and refurbishment of timber windows and doors in period properties across London and the South.