Period Homes with Ice Skating in London this Christmas 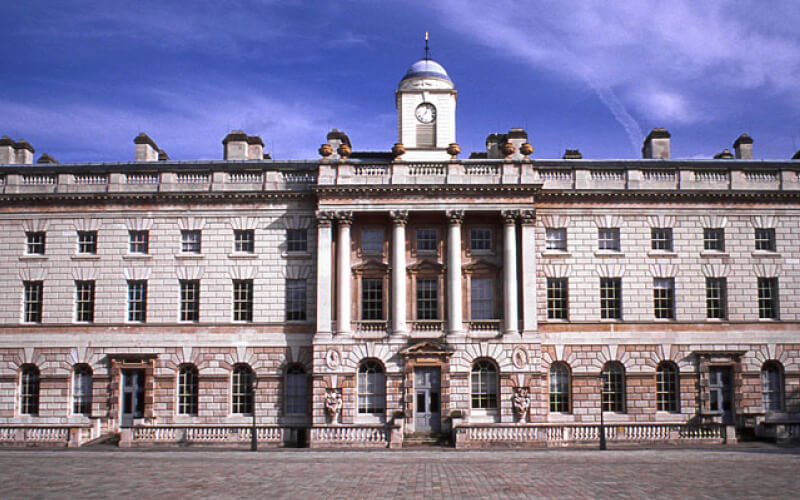 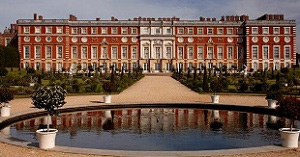 Hampton Court Palace was originally built by Thomas Wolsey in 1514. The Palace has a rich history, with Henry VIII acquiring the property in 1528 when Wolsey fell from grace. All of Henry VIII’s wives came to the palace, and most commissioned their own new and lavish lodgings. The King also rebuilt his own rooms a number of times.

In 1737, the royal family left Hampton Court Palace, and the palace was divided up for ‘grace-and-favour’ residents who were given accommodation after giving great service to the Crown or country. Once the palace was no longer occupied by the royal family, architects showed an increasing interest to restore the historic parts of the Tudor Palace.

Between 1838 and 1851, about £7,000 a year was spent on restoring the building to its previous Tudor style. The Great Hall, the Great Gatehouse and the whole of the West Front were ‘re-Tudorised’. Sash windows that were introduced in the 18th century were removed, and new casement windows in a Tudor style were inserted in their place.

To find out more about skating at Hampton Court Palace, click here. 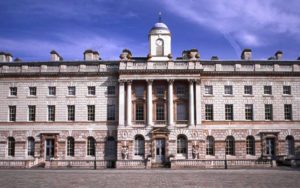 Somerset House is located by the Strand and the River Thames in Central London. The initial Somerset House was commissioned by Edward Seymour, the Duke of Somerset, after King Henry VIII’s death. However, after falling into disrepair, it was demolished in 1775 to make way for the new Somerset House which still stands today.

The new, Grade II* listed, Somerset House was mostly completed by 1780. The sash windows within the left hand wing reduce in height in the upper storeys of the building, with nine-over-six panes on the ground floor, six-over-six on the first floor and three-over-three on the second floor.

Alexandra Palace, located in North London, initially opened in 1873 on Queen Victoria’s 54th birthday. Just sixteen days later a fire broke out at the Palace, severely damaging the building. As a result Alexandra Palace wasn’t reopened to the public until 1875.

During the First World War, the Palace was used as an internment camp, with barbed wire fencing and sentries. There was then a second fire at the Palace in 1980, which burnt a large part of the building to the ground. Substantial restoration work was carried out, before the Palace was reopened in 1988.

In 1996, Alexandra Palace was recognised as a building of special architectural and historic interest, and gained listed building status.

To find out more about skating at Alexandra Palace, click here.