Out & About: Lamb House 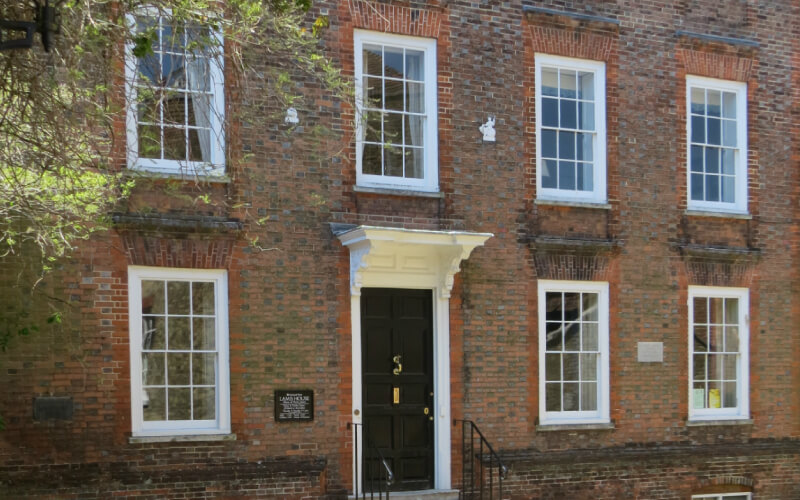 Lamb House sits proudly at the top of West Street in Rye, Sussex. Built in 1723 by prominent local citizen, James Lamb, it’s a rather lovely example of a Georgian house with strong literary associations. 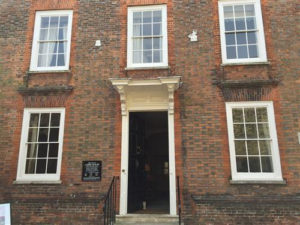 With its generous proportions, pleasing symmetry and large sash windows, Lamb House is the epitome of Georgian architecture – it’s certainly not difficult to see how American writer Henry James fell in love with it. Whilst visiting friends in the town, Henry James stumbled across Lamb House and later wrote that he was ‘doomed to live there’.

When (quite by chance) the house became available in 1897, he successfully negotiated the lease (he acquired the freehold later) and moved in to what was to be his home until shortly before his death in 1916.

Lamb House provided the tranquillity and inspiration that Henry James needed to write his important later works, including the novels The Wings of a Dove, The Ambassadors and The Golden Bowl.

During this time, Henry James made a number of alterations to the house, including the addition of French windows and a round, feature window (very typical of the period) in one of the ground floor rooms: 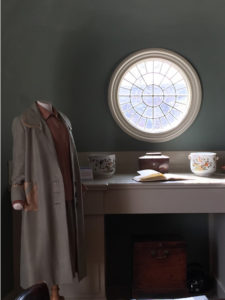 In the summer months, James’ favourite place to work was the Garden Room – a wonderful pavilion that was sadly destroyed by a German bomb in August 1940 (together with many of the original sash windows).

Shortly after Henry James died, the writer E.F Benson rented Lamb house, sharing the tenancy with his brother, A.C. Benson, who was also a writer (most notably, he wrote the words to Elgar’s Land of Hope and Glory). E.F Benson lived at Lamb House until 1940 and used it as the setting for his well-known Mapp and Lucia novels.

The house remained in Henry James’ family until 1948, when the widow of Henry James III (the author’s nephew) handed it over to current owners, The National Trust.

When the BBC adapted the Mapp and Lucia novels for their recent series, filming took place in and around Rye, with Lamb House at the heart of the production. The Garden Room was recreated for filming, but alas it was largely smoke and mirrors, to be removed along with the film crew when the production was complete.

However, there is no doubt that the television series has brought about a spike in visitor numbers to Lamb House and there is still hope that the Garden Room will be reinstated (for real) at some point in the future.

Lamb House (the ground floor rooms and lovely garden) is open to the public and is certainly worth a visit if you find yourself in Rye. Naturally, we’d recommend that you keep a keen eye out for the windows, which are a key feature and rather wonderful! 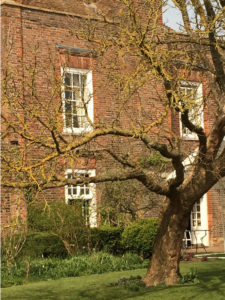