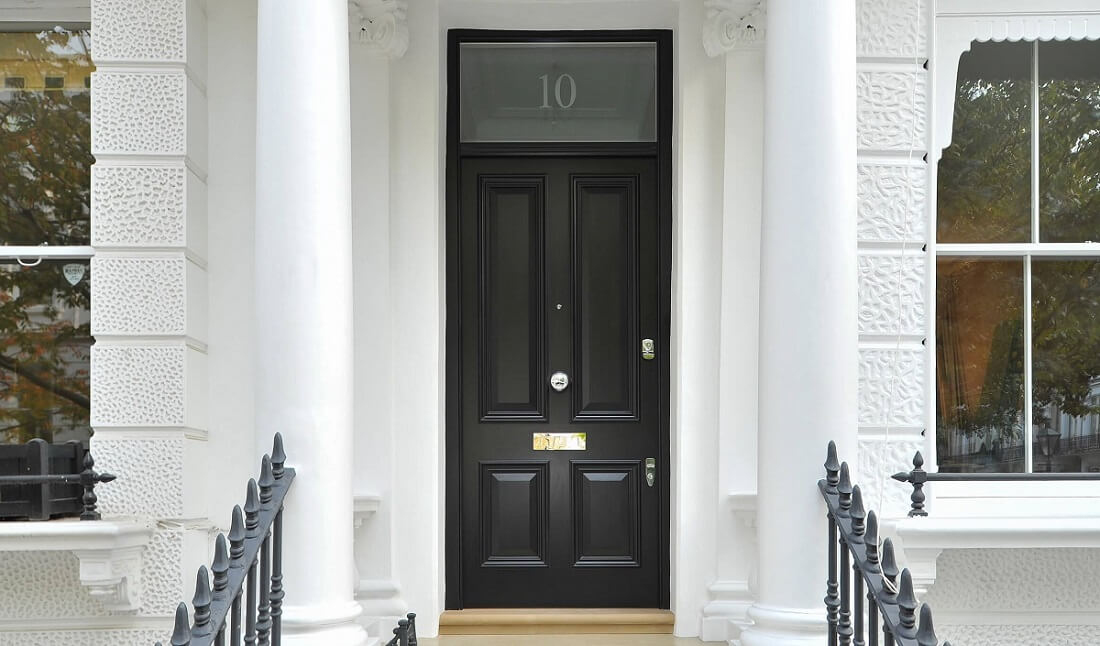 The Front door is a very important part of the house. Not only does it set the tone for the rest of the building, it is also the first thing anyone sees when they enter and acts as a barrier against the outside world. Through the ages, the front door has been through many incarnations and design styles. It is even possible to guess the period of the front door by its style.

A typical Georgian door would be made with six panels in the design. They would all be solid wood and would be relatively simple.

Like Victorian front doors, Georgian front doors also occasionally include glass panes, but these would normally be as a small addition on the top door frame. Occasionally they would have a semi-circular fan window above the door, for letting light into the hallway.

However, on average, exterior doors in the Georgian era (1714-1830) were windowless and demonstrated the epitome of simplicity.

As the period moved on, the doors became slightly more ornate and more details, like pillars and pediments, were added. Doors were usually made from hardwood and were heavy and solid.

Georgian front doors were also normally flanked by stone pillars, adding to the overall grandeur of the entrance.

More often made from softer wood but painted or treated to be tough, Victorian front doors were divided into six or four panels. Front doors in the Victorian era (1837-1901) allowed lots of natural light to flood in through glass panes that were often either coloured or textured.

Wooden doors during this period also had plenty of brass work, and included a letterbox after they were introduced in 1850.

Classic exterior Edwardian doors were often built wider and would normally feature half glazed main panel with three smaller panels above it, to let more light into the wider hallway.

Like Victorian doors, the glass was often patterned or coloured. Edwardian front doors were often designed in an art nouveau style and there was less door furniture than Victorian doors.

Curved panel detailing was common and doors would be painted in colour palettes, including olive green and claret reds.

Heavy oak doors became more fashionable after the Edwardian period had finished, as did darker paint colours. Black and dark browns were often the colour of choice for wooden front doors. Art deco doors were also popular in the 30s and decorative lead-work defined the glass panels.

At The Sash Window Workshop we specialise in manufacturing and installing replacement timber doors to suit your period property. We have been replacing period appropriate timber front doors in Georgian, Victorian, and Edwardian homes since 1994.

For advice on choosing the right front door for your period property, or to obtain a free, no obligation quotation, contact us on: 01344 868 668. 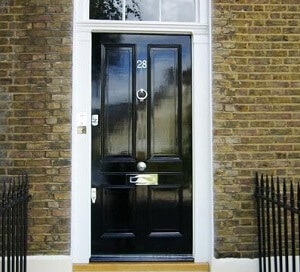 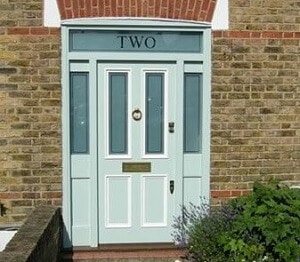 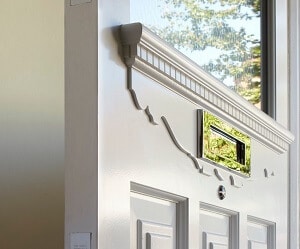