Have you seen our adverts in Highgate and Putney Bridge underground stations? The adverts are running until the middle of November. 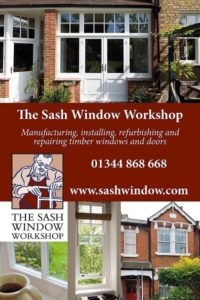 The centre of Highgate still contains several Georgian shops, pubs, restaurants and residential streets. The neo-Georgian mansion Witanhurst, located on Highgate West Hill, was built in 1913 and is said to be the largest private house in London.

Highgate Hill, the steep street linking Archway and Highgate village, was the route of the first cable car to be built in Europe. It operated between 1884 and 1909.

The area has an active conservation body, the Highgate Society, to protect its character. 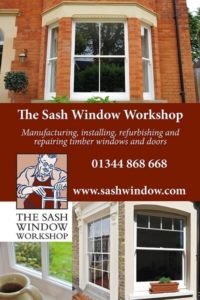 The Sash Window Workshop specialise in the replacement and repair of timber windows and doors across London and the South. With over 20 years’ experience, we are period property specialists and can comply with listed building and conservation area requirements, when required.