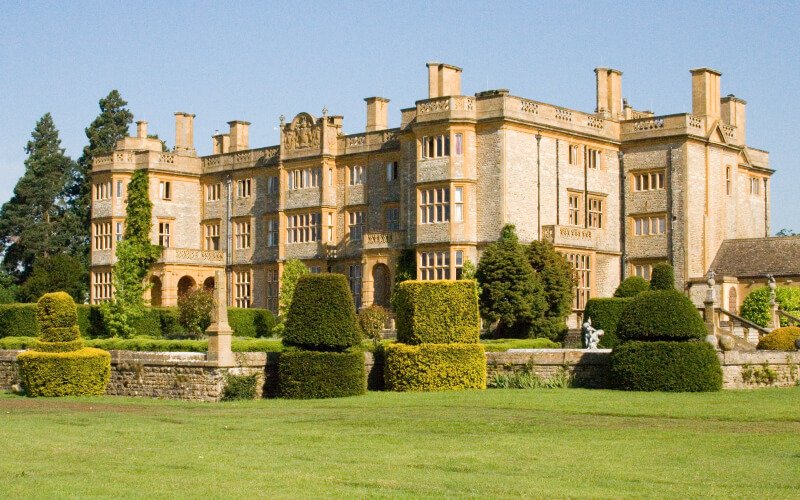 The first records of Witney date from the Anglo-Saxon period in 969 AD. However, evidence has been found which suggests that there were also settlements nearby in the Iron Age and Roman period.

The town grew around the banks of the river Windrush. In the Saxon period the town was used as a meeting place for the King’s council. In 1044 the manor of Witney was granted to the Bishops of Winchester and in the 12th Century they built a palace next to the parish church.

During the 13th Century, Witney grew to importance as a centre of the wool trade and built a thriving industry based on cloth making.

Since the Middle Ages, Witney has been famous for its woollen blankets. In 1711 the weavers formed a Guild and were granted a Charter by Queen Anne. They built the blanket hall, which has large 9 over 9 arched sash windows, in the High Street and all blankets made in Witney were taken there to be measured and weighed to ensure that the high quality of the blankets was maintained.

In the Middle Ages, Witney started hosting a local market. The Buttercross in the market square is got its name from the fact that people from neighbouring towns would gather there to buy butter and eggs. The building is one of the most famous landmarks in Witney and was built in about 1600 with its clock being added in 1683.

Witney also had its own brewing industry and in around 1811 James Clinch founded a brewery and maltings in the town called J.W. Clinch and Co. This was shut down by Courage shortly after they purchased the estate. The Brewery was then left unused until the site was bought by Paddy Glenny in the 1980s who opened Eagle Brewery in the cellar of the original Clinch’s Eagle Maltings. In 1990, it was renamed Wychwood Brewery.

Witney first railway station opened in 1861. The train station directly linked the town to Yarnton, which then offered connections to Oxford and Wolverhampton. However, the passenger services were withdrawn in 1962 and the railway station was closed completely in 1970. Since 2015 Witney Oxford Transport have proposed the reopening of the station at Witney but this has not yet materialised.

Eynsham Hall was originally built in 1780 in a Georgian style. The original building was demolished in the early 1900s by the Mason family and rebuilt as a Jacobean style mansion in 1904-1908. However, some of the internal Georgian features, such as the fireplaces, were retained and included in the new house.

During World War II, part of Eynsham Hall was used as a maternity ward for pregnant women who had been evacuated from London. The mansion was also used during this time for rest and relaxation by the U.S. Army Air Corps officers.

The site was then used as a training centre for the police before being purchased by the Cathedral Group and used as a hotel and conference centre.

The building is Grade II listed and has several stone-mullioned and transomed windows.

Since 2005 Eynsham Hall has undergone several refurbishment projects. Recent refurbishment work involved repairs to the main hall, bedrooms and public areas. There are also plans to build a new East Wing in a style sympathetic to the existing property.

Cogges Manor house is a 13th Century, Grade II* listed property commissioned by the De Grays. In 1242 the house was known as the Archbishop’s Court.

The original building was built in Cotswold stone and had four sections built around a courtyard. The manor house has a mixture of sash windows and casement windows.

Today only the kitchen and part of the hall from one section and the dairy from another section survive. The other two sections have both been lost, with only traces or the foundations remaining.

By 1245 the Archbishop had given Cogges Manor to his nephew Sir Robert de Grey, with whose heirs owned the house until 1485.

During the 16th and 17th Century various additions were made to the manor, including inserting a first floor above the medieval hall, adding an additional wing to the house and building additional farm buildings.

The house remained as a private home until 1974 when Oxfordshire County Council bought Cogges Manor Farm and converted the house and farmstead into a museum. The manor operated as a living museum showing rural life in Oxfordshire during the Victorian era. However, in 2009 the council withdrew funding and the museum closed.

It wasn’t until July 2011 that Cogges Manor Farm re-opened, operated by a charitable trust. Today it is a place where visitors can gain insight into farm life and how the food they eat is husbanded or cultivated. Small farmyard animals are kept in the farm and vegetables are grown in the garden. The grounds and the medieval barns are also used for traditional festivals, theatrical performances and private functions.

Cogges Manor Farm will also be recognised by Downtown Abbey fans as the home of Yew Tree Farm and Mr Drewe, with many of the farm scenes in series 4, 5 and 6 taking place in the grounds.

Witney High Street still has several attractive older buildings, many with timber sash windows and built from Cotswold stone. West End road (part of the B4022) in Witney is also well preserved with multiple historic buildings.

The Sash Window Workshop are timber door and window specialists. Established in 1994, we have extensive experience manufacturing, installing and repairing timber windows and doors in period properties.

Our replacement windows and doors are manufactured in Berkshire with the benefits of double glazing, while preserving the character of your home. Where necessary, we can also manufacture single glazed windows and doors and can comply with conservation area and listed building requirements.

If your windows and doors need replacing or repairing, contact us for a free, no obligation quotation on: 01344 868 668. 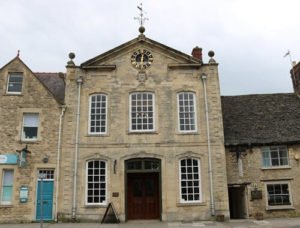 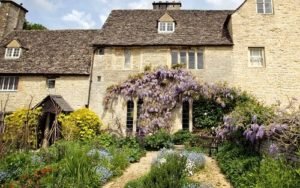 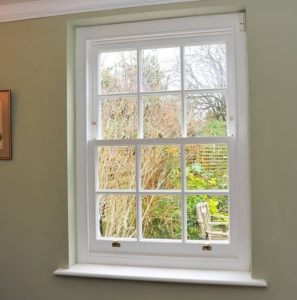