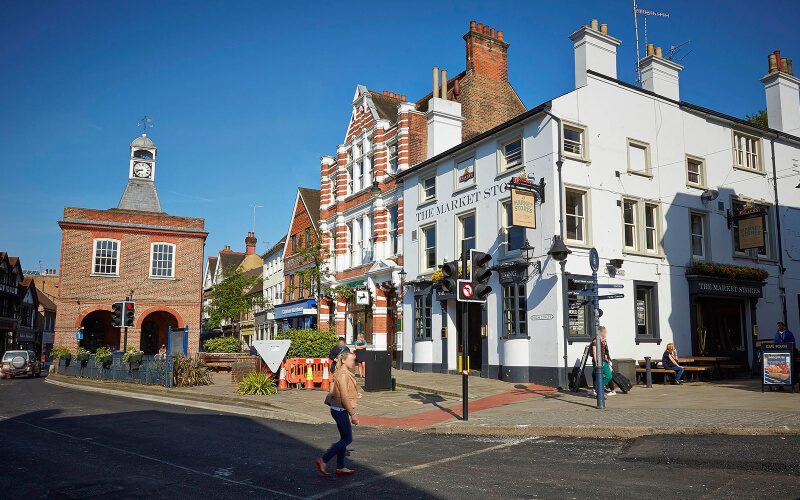 There is evidence that the area around Reigate has been inhabited since the Bronze Age. In 1088 the area was granted to William de Warenne by William the Conqueror and a castle was constructed soon after.

Around 1150 the de Warennes ordered that a town should be built below the castle. As a result, Reigate was built replacing a nearby settlement known as Cherchefelle.

Bell Street is believed to be one of the oldest roads in Reigate and was formed during the 12th Century. The market place was originally around Slipshoe Street, at the junction of West Street, before it was moved to the east end of the High Street by the end of the 16th Century.

The town developed a large trade in oatmeal from the 16th Century until 1720.

With the coming of the London and Brighton Railway in 1841, new buildings were being built nearby, resulting in a second town called Redhill. 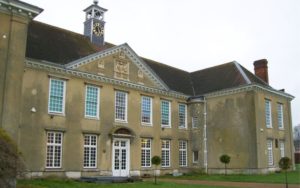 Reigate Priory was founded by William de Warrenne and his wife in the early 13th Century for regular Canons of the Order of St Augustine and as a local hospital.

After the dissolution of the monasteries, the priory and it’s estate was granted to Lord Howard of Effingham by King Henry VIII. Lord Howard demolished a large part of the buildings and converted the priory into a residence. The Howard family lived at the priory for around 140 years until it was sold to the wealthy London brewer, John Parsons, in 1681.

The residence was then almost entirely rebuilt or re-fronted in 1779, with large 16 over 16 sash windows on the first floor. Remains of the former monastery buildings lie beneath the lawns to the south of the present house. However, the interior of the priory still includes a magnificent 16th Century carved oak mantelpiece and a painted stairwell of believed to date from around 1710.

In 1945 the Grade I listed building was brought by Reigate Borough Council and is now used as a school. 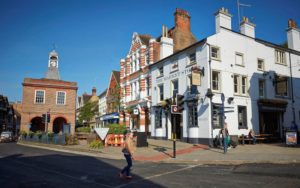 The old town hall was built around 1728. The building, which is now Grade II* listed, originally housed the fire and police stations and law courts and served as the town hall from 1863 to 1901.

The building consists of two storeys and is built on an open arcade of four round-headed arches on the north and south, two on the east and three on the west. The old town hall has 8 over 8 sash windows, 6 over 6 sash windows and some beautiful arched stained glass windows.

The old town hall was donated to the local council in 1922 by local benefactor Randal Vogan, who had purchased it the previous year, when several properties in the town were sold to individuals after the death of Lady Henry Somerset of Reigate Priory.

The Old Town Hall was then used a meeting room and for art and photographic exhibitions. However, following much debate over a long-term use to justify restoration, in 2008 it became a Caffè Nero coffee shop.

Reigate has continued to grow over time, but the town still retains many buildings of historical interest, with over 400 listed buildings and protected sites. Today a large proportion of the town centre has been designated as a conservation area of special historic interest.

Timber sash windows can be found on several buildings within Reigate and the surrounding area.

If your timber windows or doors need repairing or replacing, contact The Sash Window Workshop on: 01344 868 668.