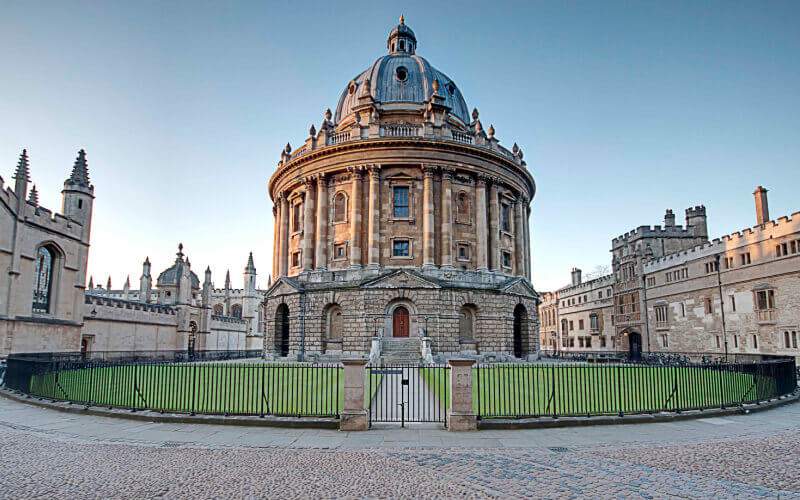 Well known today as the home to Oxford University, the first mention of Oxford dates back to 911, when the city was known as Oxnaforda.

Oxford has long been of strategic significance due to its location at the junction between the River Thames and the River Cherwell.

The city was heavily damaged in the Norman invasion of 1066. However, Oxford grew in national importance during the early Norman period before later became home to the University of Oxford, which grew to dominate the city.

The city began to grow industrially during the 19th century and had an industrial boom in the early 20th century, with major printing and car-manufacturing industries. As a result the population of Oxford increased with the boundaries of the city being extended to include the suburbs of Headington, Cowley and Iffley to the east, and Wolvercote to the north in 1929.

Oxford University is the oldest university in the English-speaking world, with teaching dating back to 1096. However, there is no clear date of when the University was established.

The university grew rapidly in 1167 when Henry II banned English students from attending the University of Paris.

Around 1190 Emo of Friesland, the first known overseas student, arrived at the University setting in motion the University’s tradition of international scholarly links.

In the 13th century, rioting between town and students resulted in a number of deaths from both sides. The riots were initially sparked by a dispute in a local tavern and a small plaque commemorating the riots can still be found on the side of the building, which is now a bank. These riots hastened the establishment of primitive halls of residence which were succeeded by the first of Oxford’s colleges.

From 1878, academic halls were established for women and they were admitted to full University membership in 1920. Five all-male colleges first admitted women in 1974 and, since then, all colleges have changed their statutes to admit both women and men. St Hilda’s College, originally only for women, was the last of Oxford’s single sex colleges only beginning to admit men in 2008. 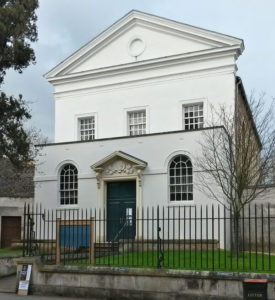 Holywell Music Room was designed by Dr Thomas Camplin and built in 1748. The Grade II* listed building is said to be the oldest purpose-built music room in Europe.

The room functioned as a concert venue until 1836. By the 1870s, it was being used for weekly rehearsals by the Oxford Philharmonic Society. In 1910 the Oxford University Musical Union obtained a lease on the building.

The Holywell was restored and refitted in 1959-60 and is still used for recitals and concerts today.

Building work began on Oxford Castle in 1071. The castle was built by the Normans following their invasion. Over time the Normans continued to add more stone towers and walls to the castle, which served as a prison as well as a defensive position.

Oxford Castle is believed to have played a role in the turbulent power struggle that marked the end of William the Conqueror’s direct line. The Conqueror’s grandson Henry I died without a surviving son and his nephew Stephen seized the throne in 1135. When Henry I’s daughter Mathilda came to England to stake her claim, Stephen caught up with her in Oxford in 1142. He burnt the town and laid siege to Mathilda and her supporters who had taken refuge in the castle. Only St George’s Tower, the mound and the Round Tower base still survive.

Oxford Castle continued as a prison and little used royal palace, until it was purchased by Christ Church College. During the seventeenth century, the English Civil War saw the castle defenses strengthened as Oxford became a royalist stronghold. Parliament then took its revenge on the defeat of the royalists by destroying most of the castle.

Oxford Castle was then used as a prison until 1996. Today the surviving parts of the castle are used as a tourist attraction.

Designed by Sir Christopher Wren, the grade I listed building was constructed between 1664 and 1669 and is the official ceremonial hall for Oxford University.

The original roof design was a masterpiece of architectural design. It is made up of a series of timber trusses and complicated cross beams supported by braces and screws without any columns.

In 2004, the 32 panel painted ceiling was sent for a four year conservation and repair project. After investigation by architectural paint researchers, Sir Christopher Wren’s original colour scheme, last seen in the 1720s, was reintroduced.

The organ housing, designed by Sir Thomas Jackson in 1877 to house the theatre’s third organ, was not repainted during these redecoration works. It is therefore still decorated in ‘Dark Oyster’ paint and gilded finish, from the 1960s redecoration. 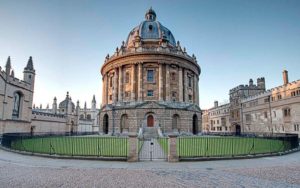 The Radcliffe Camera was designed by James Gibbs in the neo-classical style and built in 1737–49 to house the Radcliffe Science Library.

The building is the earliest example in England of a circular library. The exterior was complete in 1747 and the interior finished by 1748, although the Library’s opening was delayed until 13 April 1749.

In 1856 the current librarian, Henry Wentworth Acland submitted a proposal to the Trustees to bring the Library under the leadership of the University. In 1861, the proposal was accepted and the building became a reading room of the Bodleian. However, it took an additional four years to finalise the plans. During this time, major renovation work was carried out on the building, the arches were glazed and a new entrance was created in place of a circular window. The Trustees retained the freehold to the building until 1927 when it was transferred to the University.

Oxford’s streets are home to a vast amount of heritage. There are a wide variety of different styles of timber windows to be found across the historic buildings in Oxford, with timber sash windows popular in the city centre and areas such as Summertown and Jericho.

If your timber windows are in need of repair or replacement, contact us today for a free, no obligation quotation on: 01344 868668.