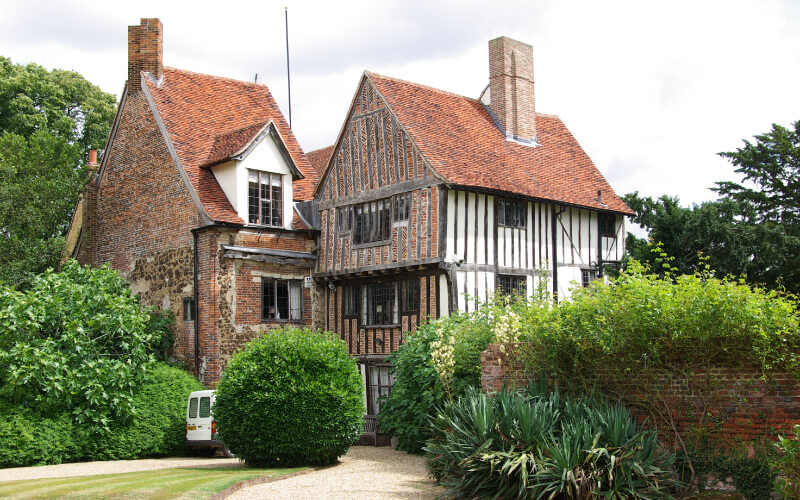 Maldon in Essex is a historic maritime and market town situated on the river Chelmer. The town dates back to the Saxon period and was first recorded in 913, when it was known as Maeldun.

Maldon was an important port in the Saxon period and around 914AD King Edward the Elder built a fortified town up the hill from the port. Archaeological digs have since found evidence of imported pottery from the Saxon period, highlighting the use of the port to bring in foreign goods. From 958 there was also a royal mint issuing coins for the late Anglo-Saxon and early Norman kings.

During the Saxon period, two battles happened in Maldon. The first took place around 917AD when the inhabitants of Maldon fought off an attack by Danish invaders. The second, more well-known battle took place in 991AD when the Danes successfully invaded the area, seizing the land to make their own settlement.

In 1086 the town had developed into a market town, a regional trading centre with its own mint. Maldon also had its own court.

The town was granted a Royal Charter in 1171 by Henry II. All Saints Church in the town, which is unique in England for having a triangular tower, is believed to have originally been built around this time.

In 1554 the townsfolk of Maldon were granted the right to hold 3 annual fairs. Fishing and transportation industries thrived with much of the town’s economy during the post medieval period revolving around trade through the Hythe, particularly wool export.

In 1744, Maldon was selected as one of the landing sites of a planned French invasion. However, the French invasion fleet was wrecked in storms, meaning they never actually landed.

Today Maldon remains a thriving town with a population of over 15,000. 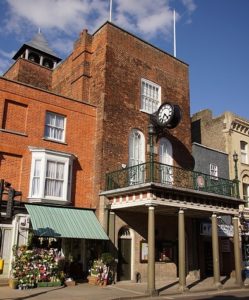 Moot Hall is an early 15th Century Grade I listed house built by Robert D’Arcy. The building, which is believed to have been built around 1420, features one of the earliest uses of brick for domestic purposes in medieval England.

In 1539 the D’Arcy family sold off most of their Maldon property to fund other interests. In 1550 they surrendered the brick tower to the King in part payment for the dissolved priory at St Osyth.

The neglected tower was later purchased by the Borough of Maldon in 1576 and it became the Moot Hall.

The building has served as many uses since it was built as a domestic home, including being used as a police station, court house, town hall and gaol. The building is now used by the council for civil ceremonies and as a centre for the social history of the town.

The property, which has been refurbished several times, has a pair of tall round arched sash windows with glazing bars on the first floor. Above the two arched sash windows at the front of the building there is a single 10 over 10 sash window on the second floor. There are also timber sash windows on the rear, east and west elevations. 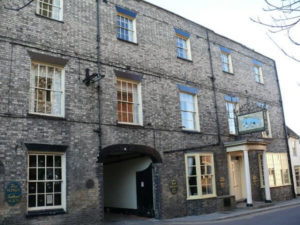 The Blue Boar Hotel is a Grade II* listed property built in the late 14th Century. The building was subsequently altered and extended in the 16th, 17th and early 19th Centuries.

The front of the property has several 8 over 8 sash windows. Either side of the main entrance are two different styles of bay windows. One of the bay windows is a 20th Century square bay window with small panes, while the other bay window has larger panes.

Since 2016 the hotel has undergone a thorough refurbishment project to sympathetically restore it to its former glory. 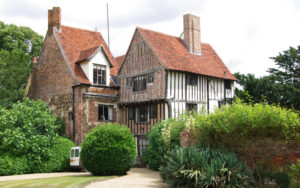 Beeleigh Abbey was founded in 1180 for the Canons of the Premonstratensian Order. The Abbey was issued with a Royal Charter by King Richard I in 1189, which was later confirmed in 1364 by Edward III.

In 1536 the Abbey was closed under the Act of Dissolution. The church and parts of the Abbey were demolished, with the Chapter House and Calefactory, which primarily date from the 13th Century, being granted to Sir John Gates of High Easter and Chancellor of the Duchy of Lancaster by Henry VIII.

During the 18th and 19th Centuries the Abbey was used as a farmhouse and the building fell into ruin. During the 20th Century it was restored by the architect Basil Ionides for Captain F W Grantham.

In 1943 Beeleigh Abbey was purchased by Mr Foyle who turned the Abbey into a library containing over 4,000 books.

Today the Abbey is still in private ownership and is closed to the public. The present owner continues to carry out large restoration work to the building and in 2008 Beeleigh Abbey was awarded both the East of England Conservation Award and the National Conservation Award, for the best restored historical building, by the Royal Institution of Chartered Surveyors.

Timber sash windows and casement windows can still be found along the main roads and around the centre of Maldon. In particular, the historic hilltop area is still home to several older buildings.

The town has a large conservation area and is home to over 200 listed buildings helping to preserve the rich heritage.

At The Sash Window Workshop we have been manufacturing, installing and repairing timber windows and doors in period properties in Maldon since 1994. We are specialists and can comply to conservation area and listed building requirements when necessary. To obtain a free, no obligation quotation, contact us on: 01344 868 668.