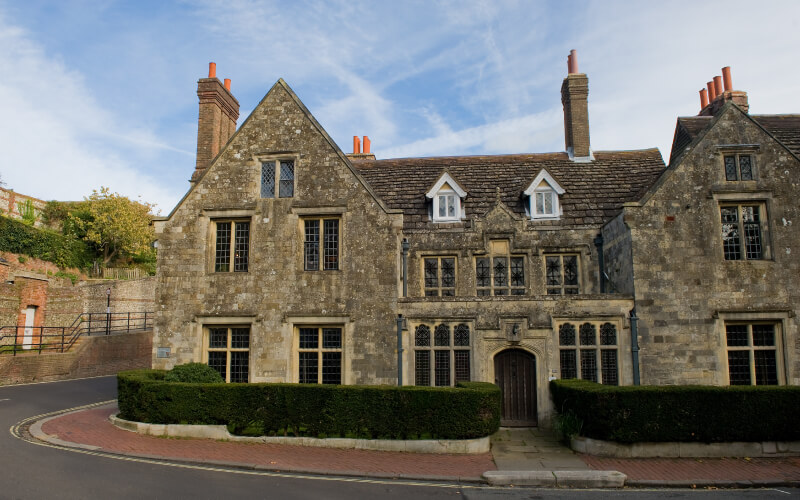 Lewes was originally a Saxon village founded in around the 6th Century after the Saxons invaded East Sussex in the 5th Century. There has also been evidence that the Roman settlement of Mutuantonis may have been in the local area.

The Saxon village grew to be a town with weekly markets and 2 mints, highlighting its importance.

After the invasion in 1066 the Normans built a castle in the town and in 1081 they founded the Priory of St Pancras.

In the Middle Ages, Lewes was a busy little river port where grain and wool from Sussex was exported.

In 1264 the town was the location of the Battle of Lewes, where King Henry III fought rebellious barons led by Simon de Montfort in the Second Barons’ War. Simon de Montfort was victorious, and the King was captured.

Through the 17th and 18th Centuries, Lewes developed as the county town of East Sussex. The town developed related iron, brewing and ship building industries from it’s active port.

Lewes grew rapidly in the early 19th Century, with several improvements being made to the town throughout the century. In 1846 the railway reached Lewes. As a result, the transportation of goods from the port ceased, as it was easier to transport items by train. 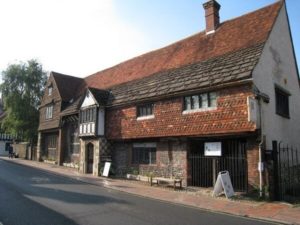 The house has been altered several times over the centuries and was restored by the architect Walter Godfrey in the early 20th Century.

It is now open to the public and operates as a museum. The bedroom and kitchen are furnished to resemble their appearance at the time of Anne of Cleves’ ownership, allowing visitors to see how the Tudors and Elizabethans lived. 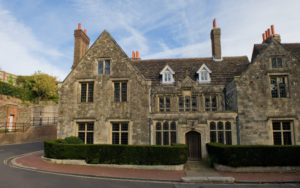 Southover Grange was built in 1572 by William Newton and is a Grade II* listed Tudor manor house. It was built using Caen limestone taken from the ruins of Lewes Priory after the dissolution of the monasteries by King Henry VIII.

For three hundred years the house was lived in by the Newton family. The house remained a private family home until 1944 when it was sold to Lewes District Council. The house and gardens were then opened to the public in 1945.

Today the house is owned by East Sussex County Council and has been refurbished into a wedding venue and registry office.

Lewes is still home to many historical buildings with a variety of different styles of timber windows. There are several conservation areas and over 500 listed building in the town.

Numerous streets of 18th and 19th Century buildings can be found across the town. One example of these historic streets is Keere Street.

At The Sash Window Workshop we have over 20 years’ experience working on timber windows and doors in period properties, and can comply to conservation area and listed building requirements where necessary. To obtain a free, no obligation quotation, contact our team on: 01344 868 668.