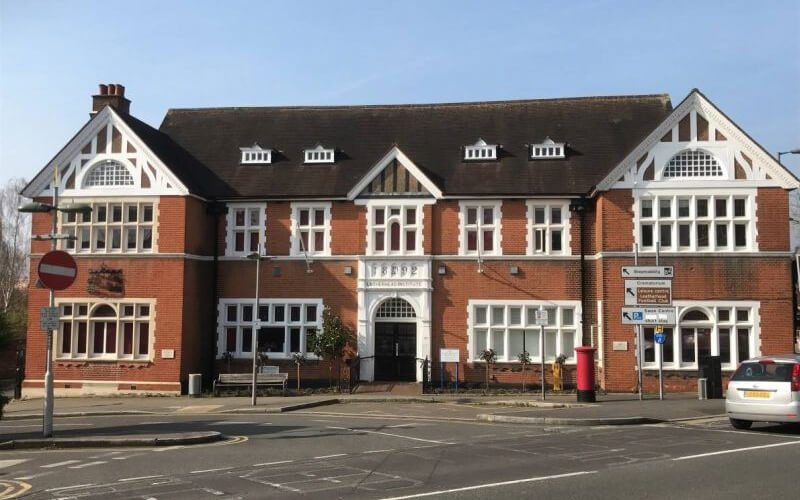 Leatherhead in Surrey was originally an Anglo-Saxon town which grew on the side of the River Mole. There is also evidence nearby of pre-historic and Celtic farming on the North Downs.

The parish church was originally built in the 11th Century and has undergone several restoration and extension projects over the years, including a major restoration in the Victorian period.

The present town layout is believed to have originated in the 12th or 13th Century, focusing on the junction of High Street, Bridge Street, Church Street and North Street.

In 1248, Henry III granted Leatherhead a weekly agricultural market and annual fair. This market continued until the 16th Century.

In 1392 there was a widespread fire in the town which resulted in several buildings in Leatherhead needing to be rebuilt.

The Running Horse pub, originally known as Rummings House, was built in 1403 and is one of the oldest buildings in Leatherhead. It is believed that Elizabeth I spent a night when floods made the River Mole impossible to cross.

In the Elizabethan and Stuart periods, Edmund Tylney, a courtier responsible for the censorship of drama for Queen Elizabeth I and King James, lived in Leatherhead’s Mansion in the town. A pub in the High Street is today named after him.

In the 1800s the town grew rapidly with the development of the railway. The railway initially opened in the town in 1859 when it had two railway stations. However, both these stations closed in the 1860s.

The current railway station opened in 1867, having been designed by C.H. Driver in the gothic revival style, serving the London to Brighton and South Coast Railway line to Dorking. Later another railway station was built which served the line to Effingham Junction and Guildford from 1885 until it was closed in 1927.

St John’s School was built in the 1870s by a group of clergymen with the aim of offer free education for the sons of poor clergymen and to provide a choir for the church.

In 1986, the M25 motorway was opened with Leatherhead becoming Junction 9, further improving travel connections to and from the town.

In 1911 the population of Leatherhead was 5,491. The town has continued to grow and today there is a population of around 11,500 people.

The Leatherhead Institute was built in 1892 by Abraham Dixon to provide local residents with educational, social and recreational facilities.

Today the building still hosts a range of activities and events for the local community and is home to the Leatherhead Community Association, a charity set up in 1977 to continue to fulfil Abraham Dixon’s vision.

Located just outside Leatherhead, in nearby Fetcham, Fetcham Park House was commissioned by Henry Vincent and designed by the English architect, William Talman.

The mansion is Grade II* listed and was designed in a Queen Anne style with several timber one over one sash windows. At the back of the property, there are bespoke curved sash windows as well as a set of French doors.

Construction of the current building began in 1699 and by the time it was complete Henry Vincent had let the house to Arthur Moore MP. The house was then sold to Moore in 1705 who invested a lot of money into the house and grounds.

After Moore’s death it was sold to the London banker, Thomas Hankey, whose family then owned the house and grounds for the next 138 years. During Thomas Hankey’s ownership two curved wings were added to the north and south sections of the house. His son then organised major refurbishment work to the property in 1875, which was carried out by architect, Edward I’Anson.

In the late 1920s the mansion was turned into a boys’ boarding school, Badingham College. However, the school had to be closed in 1940 due to several bombs landing on the grounds during the war. After the war, the school was reopened and remained at Fetcham Park House until 1965.

The house was then neglected for several years before being sold to the United Trading Group, who spent £4 million restoring the mansion and the items within it.

In the early 1980s various alterations and renovations were carried out to the property, including an extension of the second floor.

Today Fetcham Park House operates as a serviced office space during the week and since November 2011 the house has been available for weddings and events.

Several Victorian and Edwardian buildings can still be seen in the station corridor and residential character areas of the town.

Leatherhead is home to over 70 listed buildings and there is a large conservation area covering much of the town centre, helping to preserve the character and heritage of the town.

At The Sash Window Workshop we have extensive experience manufacturing, installing and repairing timber windows and doors in period properties and have carried out several jobs in Leatherhead.

All our sales surveyors are trained to listen to customers before recommending the best option to suit their requirements. We are proud to offer our customers a high quality product alongside excellent customer service, highlighted by our 5 star Trustpilot rating and Which? Trusted Trader membership.

To obtain a free, no obligation quotation for your windows or doors, contact The Sash Window Workshop today on: 01344 868 668. 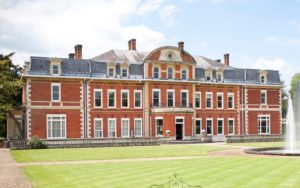