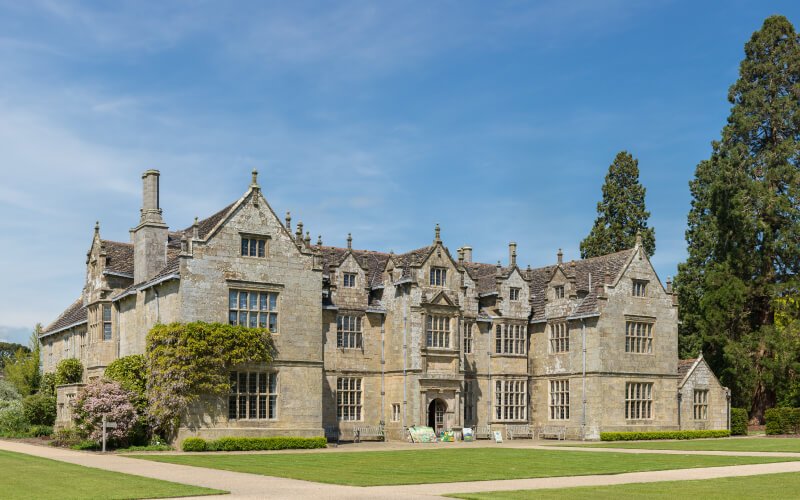 The first reference to the town dates to December 1642, when Haywards Heath is referenced in English Civil War records. The High Sheriff of Sussex was advancing with Royalist troops towards Lewes when he was intercepted and defeated at Haywards Heath by local Parliamentarians. However, the town is believed to date back to 1544 when it was known as Haywards Hoth.

During the late 17th Century, the Warden family acquired the manors of Heyworth and Trubweek including the Waste land. The Waste was part of the manor where the land was poor and had not been taken into cultivation. All these lands were then inherited by the Sergison family. After the arrival of the railway, the Sergison family sold much of the Waste land for development, creating Haywards Heath as it is known today.

The London and Brighton railway line arrived in Haywards Heath on the 12th July 1841, resulting in the large expansion of the town. Until the 21st September, when Brighton station was completed, the station was the most southern point on the train line.

Bannister’s Cattle Market opened in 1859 and became the 12th largest cattle market in the UK before being closed to build a Sainsbury’s supermarket in 1989.

In the 1920s a scheme by the International Rotary Club was started to help low income families become self-sufficient. This resulted in the building of Franklands Village, which is now a conservation area, in the 1930s.

Haywards Heath was originally part of East Sussex, before Local Government re-organisation in 1974 lead to Haywards Heath and Burgess Hill being transferred to the county of West Sussex.

The position of Haywards Heath, its place on the railway and its proximity to the A23, has enabled the town to develop as a commuter town, with many residents working in London, Brighton, Crawley and Gatwick Airport. 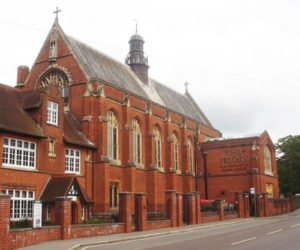 The Priory of Our Lady of Good Counsel, located on Franklynn Road, was built in 1886. The building is Grade II listed and was originally built for a community of nuns from Bruges. It was Haywards Heath’s first Roman Catholic Church and was used by the nuns until 1978.

The building was then converted into the Priory Bar and Restaurant and into offices with conference facilities.

In 2010 the tapas restaurant was closed, and the building was put up for sale two years later. It eventually sold in 2017 and planning permission was submitted and rejected for turning the building into apartments. 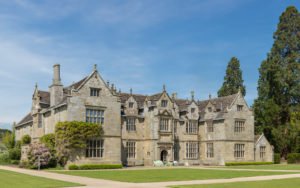 Previously known as Wakehurst Place, Wakehurst is owned by the National Trust.

Wakehurst is Grade I listed, with the stables being Grade II* listed and the South Lodge and gateway being Grade II listed. The Elizabethan mansion dates from the late 16th Century and was built by Sir Edward Culpeper, before undergoing several alterations and additions in later years.

Some of the earlier alterations included drastically shortening the east and west sides in 1848. The north-east wing and the chapel on the east side were added by the Duchess of Downshire in between 1869 and 1870. The house was then restored for Sir William Boord by the architect Sir Aston Webb in 1890, who also added the north porch for Lord Wakehurst in 1903. The south front was also removed, restored and rebuilt in 1938.

Today visitors can purchase tickets to view both the mansion and the impressive gardens surrounding it from the Royal Botanic Gardens, Kew who manage the estate. 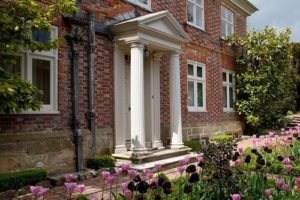 Clinton Lodge is a 17th Century house with an 18th Century façade, located just outside Haywards Heath in Fletching.

The Georgian property is Grade II* listed with timber casement windows. The 6 panel front door has a rectangular fanlight above it and has a porch with fluted Doric columns.

There is also a building with bespoke sash windows, including a circular sash window, and french doors.

The house is privately owned, but the garden is open to the public 4 afternoons a year and can be booked for private groups.

There are several Victorian and Edwardian properties in Haywards Heath with timber sash windows and casement windows.

The Sash Window Workshop specialise in the manufacture, installation and repair of timber windows and doors. We understand the importance of providing our customers with both a high quality product and excellent customer service, reflected by our 5 star Trustpilot rating.

To obtain a free, no obligation quotation to replace or repair your timber windows and doors, please contact us on: 01344 868 668.