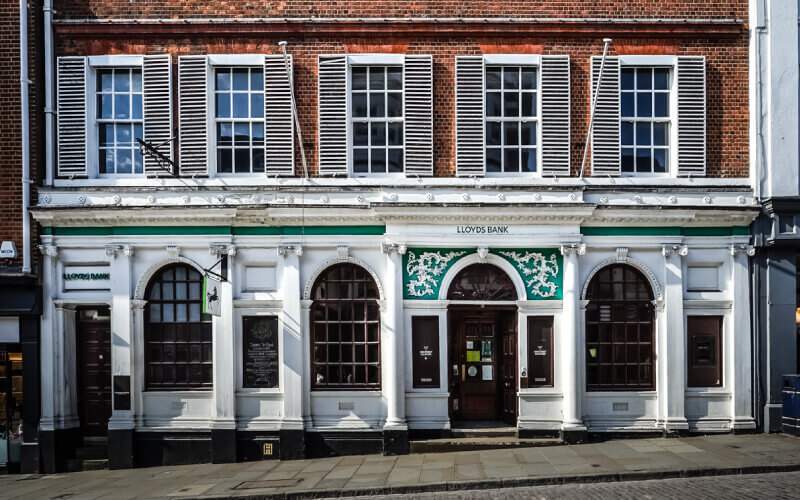 Guildford was initially a Saxon village located by a ford. The village grew and became a town in the early 10th Century.

Guildford’s main industry in medieval times was making wool. The town grew in importance over the years, becoming home to a hospital in the 12th Century and a friary in the 13th Century. However, these were both closed by Henry VIII in 1539.

In the 16th Century Guildford declined in importance, partly due to the decline of the wool trade as a result of competition from Northern England. The town remained relatively small until the 19th Century when the population grew substantially from roughly 2,600 in 1801 to 15,938 in 1901. The growth of Guildford has continued to this day.

The tower at St Mary’s Church is the oldest surviving architecture in Guildford, built around 1050AD and almost 1,000 years old.

Over time the church has been modified and extended, with St John’s chapel added in the 1140s. However, the biggest change happened as part of the Reformation in the 16th Century when a number of the spiritual statues and paintings in the church were destroyed.

The church was adapted in 1825 to make Quarry Street wider and then restored in 1863 by Thomas Goodchild.

The author Lewis Carroll preached at the church and his funeral was held in the church in 1898.

Today the Grade I listed church is a mixture of Saxon, Reformation and Victorian architecture, with a large, stained glass west window on the north aisle dating from around 1850.

Guildford Castle is believed to have been built by William the Conqueror around 1066 – 1071. The castle, which is now a ruin, is the second oldest structure in Guildford.

However, by the 14th Century the castle was no longer required and left to fall into disrepair. The tower was used as the county gaol until the 16th Century, when it was moved to Southwark.

The castle was then owned privately until the 1880s, when it was restored by the Guildford Corporation and opened to the public as a pleasure gardens. Further restoration then took place in 2003. 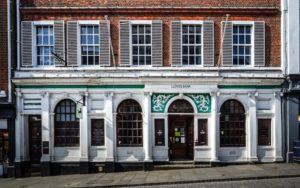 Guildford Old Bank, now home to Lloyds Bank, was built in 1765. The Georgian building is a Grade II* listed building and was altered and extended in 1899.

However the front of the building, including several multi-paned, timber sash windows, was retained during the alterations at special request from H.R.H. Princess Louise and the Lord Lieutenant of Surrey.

Today Guildford is home to a number of period properties. Looking above the shops on High Street highlights the wide range of architecture in Guildford.

Timber sash windows can be spotted on various buildings throughout Guildford city centre, with casement windows more common on the outskirts of the city.

Do your timber windows or doors need repairing or replacing? We have extensive experience working on various properties in Guildford. For a free, no obligation site survey and quotation, contact us on: 01344 868668.