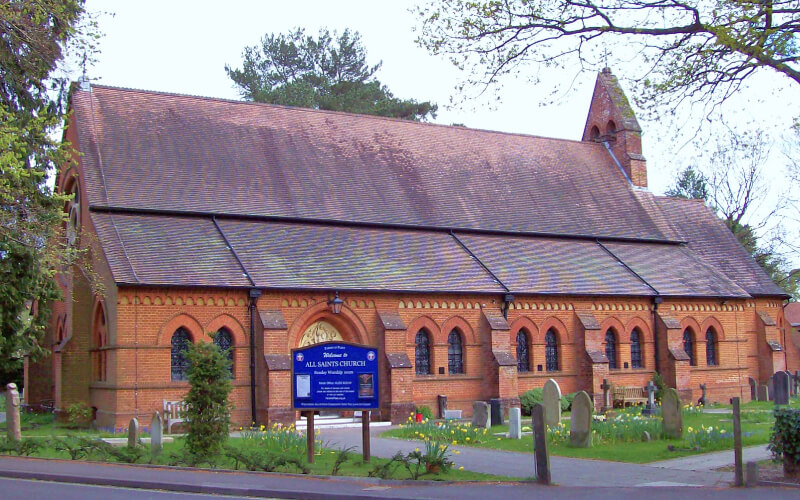 Fleet was originally uninhabited heathland used to graze animals and cut peal for fuel. Fleet Pond, believed to have been created during the Roman period, provided fish for the Bishops of Winchester and Winchester Abbey until 1536.

The Basingstoke Canal, which passes through the town, opened in the 1790s but had little effect on the area apart from a few inns opening to serve passing trade.

In 1829 an Enclosure Act was passed, resulting in the common being divided between people who already held land nearby. However, development of the area was slow with only around 20 houses being built by 1839.

The London and South Western railway line was opened in 1840 and resulted in Fleet becoming a popular destination for city dwellers. The area continued to grow when the land to the south east of the Blue Triangle was sold for development in 1882. Between 1871 and 1901, Fleet’s population increased from 380 to about 2,000.

Tobacco was grown commercially on the Redfields estate in Fleet for 25 years and County Commercial Cars Ltd built tractors for over 50 years.

As soon as the Fleet Urban District Council was formed in 1904, the cost of land almost doubled. During this period, some of the larger, original houses were demolished and their gardens and estates broken down into smaller plots containing multiple houses.

More recently, for 5 years from 2011 until 2015, Hart, of which Fleet is the main town, was voted the best place to live in the UK by the Halifax Quality of Life study.

Stockton House was originally built in the 1860s for a brewer from Hartley Wintney. The House was designed so that the main rooms on the upper floor of the house were interlinked in a circle around the main hall so that the servants never had to use the main staircase.

The house was privately occupied until 1912, although much of the surrounding land was sold off between the 1860s and 1912.

After World War II a builder, who owned the house, converted it to flats. The house was then put up for sale in 1967 with the view to demolishing the building.

However, Stockton House was rescued by Peter Tweedie-Smith and over the following 33 years until his death in 2000, he devoted his considerable time to restoring the house. Just before he died, he completed his last great project, restoring the main hall and installing eight foot high oak front doors and the enormous oak fireplace in the hall.

Since 2000 the building has undergone further restoration work, incorporated more Victorian features, and now is home to a conference centre. 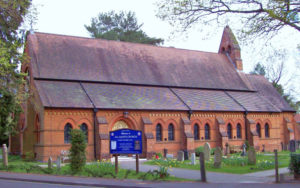 All Saints Church was commissioned by Charles Lefroy, a local squire, in memory of his wife, Janet Walker, who had died in 1857. The church was designed by architect, William Burges and work was completed in 1862.

Charles Lefroy died before the Church was completed. Instead work was completed by James Walker, Janet’s father.

The building, which is now Grade II* listed, was extended to the west in 1934 by A. J. Steadman and a Lady Chapel was added in 1958 by John Purser.

Stained glass was installed in three windows in the Sanctuary of the Church by Clayton and Bell in 1902.

On the 23rd June 2015 the roof of All Saints’ church was destroyed by fire in an arson attack. Work is still ongoing today to rebuild the church.

Fleet in Hampshire is locally known for having a quaint High Street with a traditional Victorian and Edwardian look. North Fleet has been a conservation area since 1994, with Article 4 Direction being applied from 1998.

Victorian and Edwardian timber sash windows and casement windows can be found across Fleet and the surrounding areas.

The Sash Window Workshop specialise in repairing and replacing timber windows and doors in period properties across London and the South of England. For a free, no obligation site survey and quotation, contact us on: 01344 868 668.