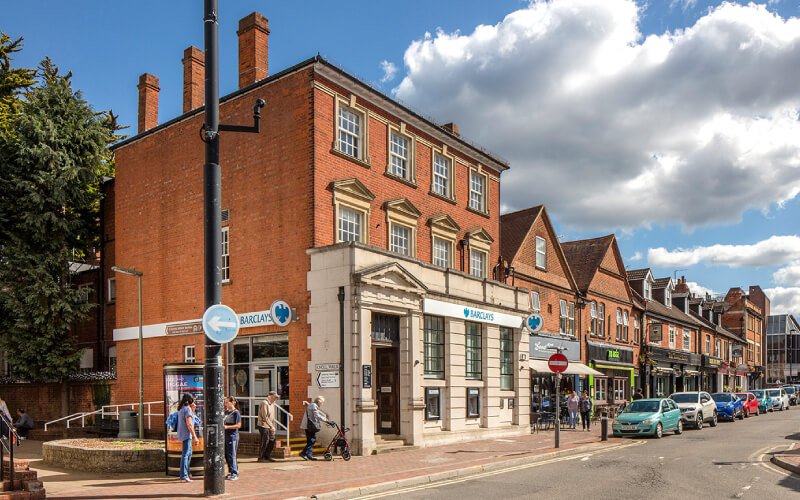 Camberley (GU15) is situated in Surrey on the border with Berkshire and Hampshire. Prior to the 19th Century, the area was part of Bagshot or Frimley Heath.

An Iron Age fort, known as Caesar’s Camp, was located nearby, along the Roman road the Devil’s Highway. Towards the late 20th Century, Roman pottery was found nearby in Frimley Green.

In the 17th Century, the area was undeveloped and uncultivated due to the sandy topsoil being unsuitable for farming. Instead the area was known as a hotspot for highwaymen.

In the 1770s a brick tower was built by John Norris. The remains are now known as The Obelisk. However, the town didn’t start to develop until the Royal Military College arrived in the area in 1802.

With the arrival of the Royal Military College, a settlement began to appear around the gates of the college providing amenities to the college. In 1848 a church was built by Henry Woodyer. Further additions were made to the church, which is still in use today, later in the 19th Century.

In 1862 the Cambridge Hotel was built by Charles Raleigh Knight to serve the community. The pub passed through several different owners, before eventually closing in 2016.

The name of the pub dates from when the area surrounding the college was known as Cambridge Town. However, the area was renamed to Camberley in 1877 to avoid confusion with Cambridge in Cambridgeshire.

In the 1950s, the Old Dean housing estate was built for residents in Surrey who were made homeless after World War II bombing.

In the 1970s the Royal Military Academy Sandhurst became the sole establishment for initial officer training for men in the British Army. Former notable cadets include, King Alfonso XII of Spain, Sir Winston Churchill and Ian Fleming, the author and creator of James Bond. In 1984, the Women’s Officer Training College Bagshot was merged with the Academy.

The main building, known as the ‘old building’, was designed by John Sanders in a Greek Revival style and was built between 1807 and 1812. The building, which is Grade II* listed and often used in photographs of the Academy, has 2 storeys with 6 over 6 sash windows.

Various renovation projects have taken place over the years and The Sash Window Workshop is proud to have carried out work on the windows in some of the buildings.

In 2003 a donation of £3 million was made by the Government of Bahrain for the refurbishment of Mons Hall. It was renamed as King Hamad Hall in honour of the King of Bahrain.

Pennyhill Park Hotel is a 19th Century country house hotel and spa. The land was initially used as a warning beacon point in the national defence against the Spanish Armada in 1588. In 1849, the house was built by James Hodges, who later managed the construction of Montreal’s Victoria Bridge.

An orangery was added to the building in the 1880s and in 1903 the building was extended in a neo-Tudor style using Bath stonework.

The property was initially a private home, before being used by British government to lodge military officers during World War I. The house was sold to Mr Peter Garbut and his son, Michael, in 1972 and was opened as a hotel in 1973.

Today Pennyhill Park Hotel is owned by Exclusive Hotels and Venues. The building has been completely transformed to include a variety of different facilities. The building is locally listed, meaning that it has been identified by Surrey Heath Council as having local architectural or historic significance, and has many casement windows.

Camberley is home to around 30 listed structures and two conservation areas, helping to preserve the heritage of the area. Surrey Heath Borough Council also has 198 locally listed buildings.

This means that timber sash windows and casement windows can still be seen on several period properties across the town.

At The Sash Window Workshop we have extensive experience manufacturing, installing and repairing timber windows in period properties. Where required, we can comply to any conservation area and listed building regulations. 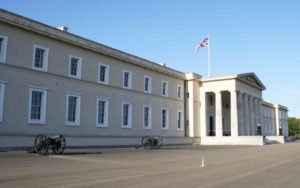 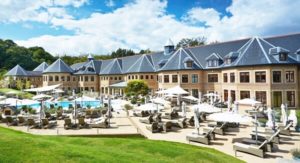