The History, Architecture and Timber Windows of Royal Tunbridge Wells 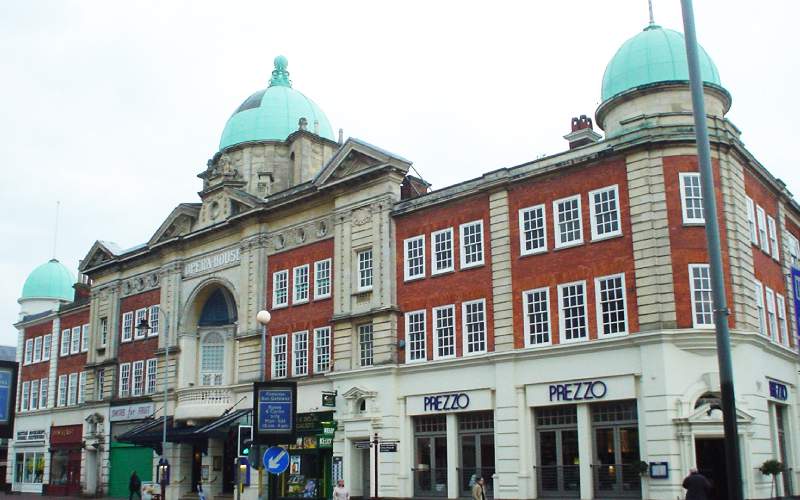 Royal Tunbridge Wells, commonly referred to as Tunbridge Wells, was initially a spa retreat after Lord North drank from the local spring in 1606 and claimed it healed him from his illness. When he returned to London the news spread and many people flocked to the water.

In 1608 multiple wells were dug nearby to provide access to the healing water. The town’s first royal visitor was Queen Henrietta Maria in 1630 who came after the birth of her son, Charles II. However, no buildings were built in the town until 1636 when two houses were built to cater for visitors, one for women and one for men.

By the early 18th Century a street plan of the town centre had been designed and the first shops were built. During the 18th and 19th Century, the town became famous for Tunbridge Ware, decoratively inlaid woodwork.

Royal Tunbridge Wells is only one of three towns in England to have a ‘royal’ name after King Edward VII granted the title in 1909 in recognition of its popularity with royalty over the centuries.

Caverley House, now owned by Hotel Du Vin, was frequently visited by Queen Victoria until 1835. The sandstone, Grade II listed building was originally built in 1820, before being extended in 1840 by Decimus Burton when it became Caverley Hotel.

The mansion has since been restored by Hotel Du Vin, while retain most of the authentic Georgian period detailing, including multiple Georgian sash windows.

The Great Hall was designed by a local architect in a contemporary French style and built between 1870 and 1872. The Hall was built from white brick with Bath stone settings and has multiple arched sash windows.

As per the building’s name, the Great Hall contained a large hall on the ground floor to meet the growing demand at the time for public rooms for cultural activities including lectures, concerts and social events. Upstairs was a clubroom, reading room, billiard room and library.

The Great Hall was also home to a restaurant which was almost destroyed by a fire in 1887 when a passing policeman spotted smoke coming from the building. On investigation, he found the matting and floor boards on fire. He managed to put the fire out although the floor had already burned through.

The building was even home to a cinema for part of the 20th Century before the Court School of Dancing took over the main hall in 1959.

In the 1970s there were various plans discussed by the council to demolish the building and redevelop on the site. However, these were all rejected after public objection to demolishing the building increased and the Great Hall re-opened as Carriages Night Club in 1979.

The night club was destroyed by what appeared to be an arson attack in 1980, which resulted in demolition and redevelopment coming back on the agenda. In November 1983, planning permission was granted to redevelop the site, retaining the original façade. 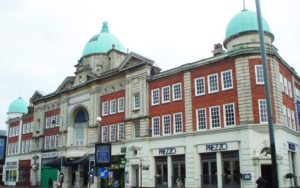 The Opera House opened in 1902 having originally been planned to open alongside the celebrations for Queen Victoria’s Diamond Jubilee. The purpose built, grade II listed, opera house was designed by John Briggs and had a capacity for 1,100 people. The building was designed in Neo-Georgian style with a Baroque centrepiece.

The building contains multiple timber windows, with 6 over 6 sash windows throughout the second floor and 6 over 9 sash windows on the first floor. The central curved balcony has a round-headed arch and three round-headed openings with French doors. The centre Baroque dome on the roof of the building originally had a nude statue of Mercury on the top. However, this was removed in the 1920s.

In 1923, the main staircase was also altered to include an 18th-century painting of revellers. In 1931, the building was converted to a cinema.

During the Second World War, the building was bombed. Although the bomb did not explode it set fire to the inside of the Opera House after getting stuck in the proscenium arch above the stage. As a result, the building underwent renovation before re-opening in 1949.

It was then converted to a bingo hall in the 1960s, after threats to demolish the building. In 1996, the building was purchased by Wetherspoons and converted into a pub. However, it still has the stage and grand balconies and the building has since hosted several performances, including an opera performance of Handel’s Tameriano in 2006.

At The Sash Window Workshop we have extensive experience working to conservation area and listed property requirements.

If you live in Tunbridge Wells and have timber windows or doors that require replacement, contact us on: 01344 868 668 for a free, no obligation site survey and quotation.