The History, Architecture and Timber Windows of Canterbury 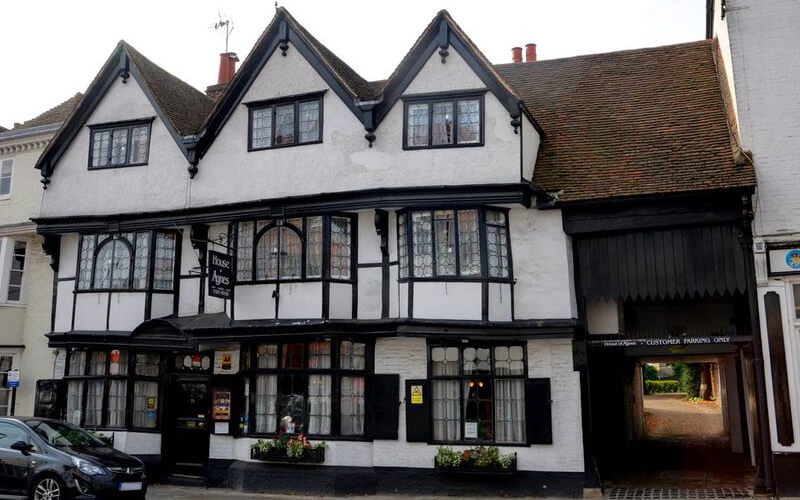 Canterbury in Kent is a historic cathedral city which has been inhabited since prehistoric times. In the 1st Century AD, Romans captured the settlement, renaming it Durovernum Cantuacorum.

The Romans built various new buildings, including a theatre, temple and public baths. The Romans also built a wall around the city to protect it.

When the Romans left, the town started to decline. In 597, Pope Gregory the Great sent Augustine to convert the King to Christianity. After the King converted, Augustine became the first Archbishop of Canterbury and the town began to grow, with trades developing in pottery, textiles and leather.

In 1170, Canterbury became famous throughout Christendom with pilgrims flocking to visit Archbishop Thomas Becket’s shrine, after he was murdered in the cathedral. In 1413, Henry IV was buried at Canterbury Cathedral. A few years later, in 1448, Canterbury was granted a city charter.

In the 17th Century nearly half of Canterbury’s population were Huguenots, who had fled persecution and war in the Spanish Netherlands. The Huguenots introduced silk weaving into the city, however by 1820 the silk industry had been made redundant due to imported Indian muslins. As a result, Canterbury’s trade was mostly limited to flowers and wheat.

The Canterbury and Whitstable Railway opened in 1830 and was the world’s first passenger railway. The railway went bankrupt by 1844 and it was purchased by the South Eastern Railway, which connected the town to its larger network in 1846.

Canterbury Castle was one of the three original royal castles in Kent, along with Dover and Rochester. Work was started on the castle, which is now Grade I listed, by William the Conqueror shortly after the Battle of Hastings. However, it wasn’t completed until 1120 by Henry I.

Canterbury Castle was built near the Roman city wall and although it didn’t see any fighting, the castle was captured by the French Prince Louis during his 1215 invasion of England.

The castle operated as a prison from the late 1200s. In 1380 a mob stormed the castle and forced the constable to burn financial and legal records and release the prisoners. During Queen Mary’s reign 42 people were imprisoned at Canterbury Castle and put to death for refusing to convert to Catholicism.

By 1770, the castle had fallen into disrepair, and many parts of it were demolished during the late 18th century and early 19th century. The only remaining part of the castle, the keep, is now the fifth largest in England. 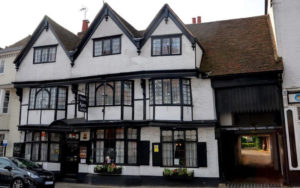 The site at the House of Agnes was once a Roman pottery kiln and burial ground, before becoming an inn in the 13th Century. The Grade II* listed inn is believed to have been the inspiration for the description of the House of Agnes Wickfield in Charles Dickens’ story David Copperfield.

The inn was built just outside the Westgate to exploit the trade generated by visitors to the city. Those who did not arrive before the nightly curfew would have had to stay overnight. In the late 17th Century bay windows with round-headed centres were added to the first floor and in the 18th Century two ground floor bay windows were also added.

When carrying out recent building work, archaeologists discovered the skeleton of a Roman who had been buried just outside the burial ground. It is believed he may have been a non-Christian, meaning he did not have the right to be buried in sacred ground.

During renovations in 2005, an historic scientific instrument, now known as ‘The Canterbury Quadrant’, was unearthed. It was realised to be one of only eight such objects in existence and is now on permanent display at the British Museum in London.

Queen Elizabeth’s Chamber & Crown Yard can be found at 43-45 High Street and is Grade II* listed. The buildings’ connections go back to at least 1200 and remain the same today. 44-45 High Street, now Thorntons Chocolates and Cafe Nero, was the Crown Inn from the 15th to 18th Centuries. During the 18th Century the Crown Inn relocated to No. 43, now the Cuba Bar.

The building at 44-45 High Street was originally a late 16th Century three storey jettied building. The current façade was not added until the 17th Century and the dormer windows in the 18th Century. In 1899, the first floor was separated from the ground floor shops and a new central staircase provided from the street. Later this allowed the development of the first floor into a single large room, known since 1904 as “Queen Elizabeth’s Chamber”. This is believed to have been in recognition of the three days that Queen Elizabeth is said to have spent there for her 40th birthday in 1573, although it is more likely that she actually stayed in the Archbishop’s palace.

The arch between the buildings leads to Crown Yard, which from the early 19th Century until 1963 led to Drury and Biggleston’s iron foundry, now the Nasons department store. The iron gateposts remain with the inscription “Drury and Biggleston Canterbury”. The Biggleston’s early 18th Century family house where they lived in the 1830’s is now incorporated into Cafe Nero.

After the destruction of Buttermarket theatre in the late 1780s, Sarah Baker, who had been managing productions with her ‘Sadler’s Wells Company’ at the Buttermarket site, opened the replacement Orange Street theatre in 1789.

Her son-in-law William Dowton took over running of the theatre in 1815 and was responsible for the current classical features of the front of the building, including the tall tapering ‘Egyptian’ windows and Greek Doric columns.

The theatre closed in 1859 after being condemned as unsafe. The site was then used as a grocery store and warehouse until 1960, when it was refurbished as office and retail space. It is now a branch of Merchant Chandlers.

Today Canterbury is home to over 1,500 listed buildings and has multiple conservation areas, helping preserve the heritage of the city.

Timber casement and sash windows can be found on multiple period buildings across Canterbury, helping to reveal the history of the area and how the city has grown and developed.

At The Sash Window Workshop we have over 20 years’ experience manufacturing and installing replacement timber windows and doors into period homes across London and the South. To obtain a free, no obligation site survey and quotation, contact us on: 01344 868 668.