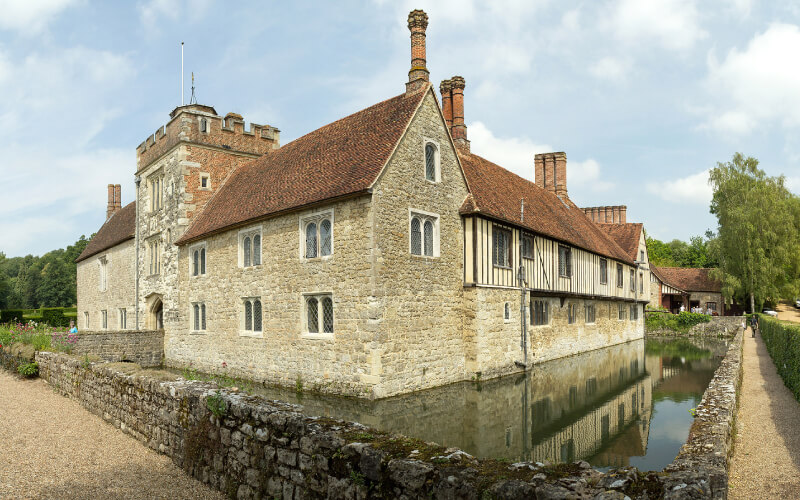 There is little information about Tonbridge prior to the Domesday book in 1086. However, people are believed to have travelled through the area to cross the river in the Iron Age. An ancient trackway has been traced running along the east side of the present Shipbourne Road, and there is evidence that the Romans used it to serve their Wealden iron industry.

By 1100 Tonbridge had become a busy settlement and in the early 1200s the King issued a charter allowing for walls to be built around the town, a market and court sessions to be held and two members from the town to attend parliament. However, the walls were never built. Instead a surrounding bank and ditch was erected.

The town’s facilities were enhanced in 1553 when Sir Andrew Judde founded Tonbridge School to educate the sons of local gentry and farmers.

The railway link with London was opened in 1842. The new station was sited south of the river and began to alter the shape of the town with houses being built in the surrounding area.

The 1851 census shows that Tonbridge was also a legal and medical centre for surrounding villages. There were employment opportunities in a variety of trades ranging from tailoring and shoe and bonnet-making to heavier manufacturing such as the brickworks on Quarry Hill.

Tonbridge and its surroundings became famous for finely inlaid wooden cabinets, boxes and Tunbridgeware. Another speciality was the production of cricket balls and other sports goods.

In 1870, the spelling of the town was changed from Tunbridge to Tonbridge to avoid confusion with Tunbridge Wells, despite Tonbridge being a much older settlement. 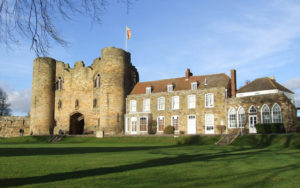 Tonbridge castle was built by Richard de Clare (also known as Richard Fitz Gilbert) to guard the crossing of the River Medway after William the Conqueror came to England in 1066. He erected a simple Motte-and-bailey castle on the site.

In 1088, the de Clare family rebelled against King William II. His army besieged the castle and after two days the castle fell. As punishment the King had both the castle and the town of Tonbridge burnt to the ground.

By 1100, the de Clare family had replaced the wooden castle with a stone shell keep. This was reinforced during the thirteenth century.

The twin-towered gatehouse was built by Richard de Clare, third Earl of Hertford or his son Gilbert. Construction of the gatehouse took 30 years, being completed in 1260.

As with many English castles the end of the Civil War effectively signalled the demise of Tonbridge Castle. Orders were given for it to be dismantled, and the ensuing years saw most of it disappear through use as a local quarry.

However, the twin-towered gatehouse remained. When the estate was purchased in 1790, the owner built a Georgian mansion, with bespoke 12 over 2 curved sash windows, against the east wall of the gatehouse.

For the next hundred years Tonbridge Castle passed through the hands of several owners and tenants, it was used as a military academy and as a boys school. The site was finally purchased by the local council in 1900, using the mansion as offices, and opening the grounds as a public park.

On August 30th 1999, the gatehouse at Tonbridge Castle closed to visitors and work on a £375,000 millennium project began. The missing floors on the ground and first floor levels have been replaced, and spiral staircase in the East Tower repaired.

In September 2000, the gatehouse reopened in celebration of the Millennium. Both the gatehouse and the mansion are now Grade I listed buildings. 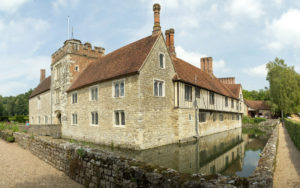 Richard Clement was working in the court of Henry VIII when he built the house and he displayed symbols of the king throughout the house, including a painting of Catherine of Aragon.

The house has passed through many owners, including medieval knights, courtiers to Henry VIII and high-society Victorians.

If you stand in the middle of the courtyard, you can still trace the different building phases of the house. Originally built with just one range and an out building, Richard Haute and his son remodelled the house into a courtyard house during the 15th and 16th Century.

When Sir Thomas Colyer-Fergusson bought the house in 1890, he made several repairs and alterations, including adding central heating and a bathroom. He also turned the carpenter’s workshops into a Billiard Room.

The last owner of the house, Charles Henry Robinson, added his own style to some of the rooms. Both his bedroom and the library were decorated in the 1950s New England style. 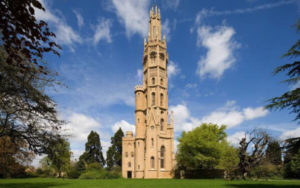 Hadlow Tower is the tallest gothic folly known to exist in the UK. The Grade I listed building was constructed in the mid-19th Century and once formed part of a grand castle in the Romantic Gothic style, built by Walter Barton May.

The estate passed through several families until it was split up and sold in the early 20th Century.

In the Second World War Hadlow Tower served as an observation post for the Observer Corps and Home Guard.

In 1951 the main building of the castle was demolished for building materials. However, the tower was purchased by Bernard Hailstone RP, preventing its demise.

In 1976 the Tower was converted to a dwelling. However, it was badly damaged by the exceptional storms of 1987 and fell into disrepair.

The World Monument Fund included the building in the top 100 most endangered historic buildings in the world in 1998.

A multi-million pound restoration then took place on the tower, restoring it to its former glory and converting it to a luxurious holiday rental property. The Restoration won the prestigious Angel Award.

Today the population of Tonbridge exceeds 30,000, but the historic core of the town remains with several buildings dating from the 15th Century (the oldest being Port Reeves in East Street). This is reflected in the town having over 150 listed buildings and 2 conservation areas.

Timber sash windows and casement windows can be spotted on several buildings in the town centre and the area North of Tonbridge station.

If you have timber windows or doors that need replacing or repairing, contact us on: 01344 868 668 for a free, no obligation site survey and quotation.