Kenneth Williams’ former home and more: the latest recipients of a Blue Plaque 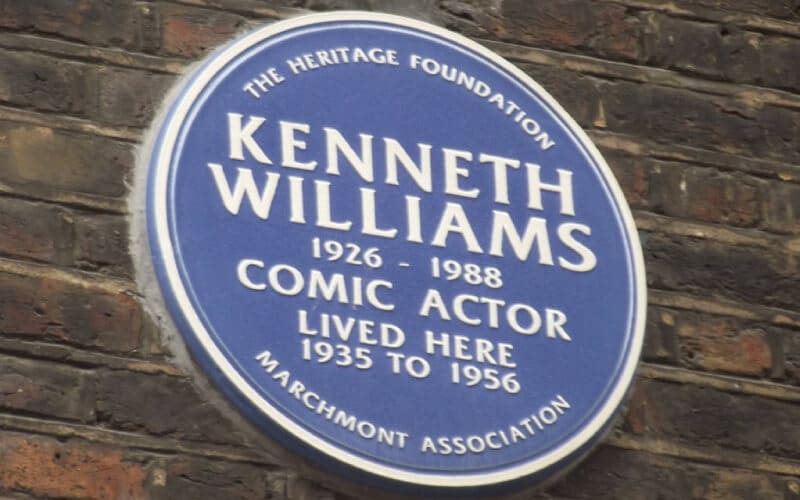 Blue plaques are a common site in many historically rich parts of the country and since 1866 have helped to commemorate ‘the link between notable figures of the past and the buildings in which they lived and worked’.

The latest buildings to bear a Blue plaque commemorate figures from the recent past as well as centuries gone by. Here are just a few.

The late Kenneth Williams’ was best known for his comedic turns in the Carry On series and a blue plaque was recently placed on his former London home on what would have been his 88th birthday. Williams lived at Farley Court, an apartment block between Madame Tussauds and Baker Street station between 1963 and 1970. Describing her delight at Williams’ home receiving the blue plaque honour, Barbara Windsor said: “I’m absolutely chuffed that English Heritage is celebrating him with a blue plaque.”

Edith Smith: the first female police officer with the power of arrest

A blue plaque is planned for the Lincolnshire town of Grantham to mark the work of Edith Smith – the first female police officer with the power of arrest. Ms Smith worked in Grantham during WWI, drafted into the town to deal with prostitution in 1915. Ms Smith is being honoured by the Grantham Civic Society and spokesman Courtney Finn said: “This unique lady, described as a woman of outstanding personality, fearless, motherly and adaptable, deserves recognition.”

The society is currently appealing for donations to help with the cost of erecting the plaque.

A blue plaque is being erected in a bookshop that was once home to Charles Crocker, a 19th-century Cicestrian and famed poet of his time. Chichester historian Alan Green outlined that Robert Southey, the Poet Laureate of the day, had praised Crocker’s work and his death was mourned by the Gentlemens’ Magazine.

“Study of the praise heaped upon him in his lifetime and at his death, and the letter to his friends, reveals he was not only a thoroughly good egg, but a most worthy Cicestrian,” said Mr Green.

“I carried out some research on him for an article for the Chichester Local History Society Journal, during the course of which I learnt there was a portrait of him in the cathedral library.”

If you are keen to ensure you historic home gets the recognition it deserves, The Sash Window Workshop can help with many aspects of your renovation including casement window repair.